JUSTIN BIEBER has revealed he is “60% Irish”.

The pop superstar opened up about his Irish roots as part of an Instagram story posted to fans.

It came after his dad, Jeremy Bieber, posted a photo of himself holding a bottle of Conor McGregor’s Proper No. Twelve whiskey.

The younger Bieber shared the image along with a “shout out” to Ireland in which he also revealed his Irish heritage. 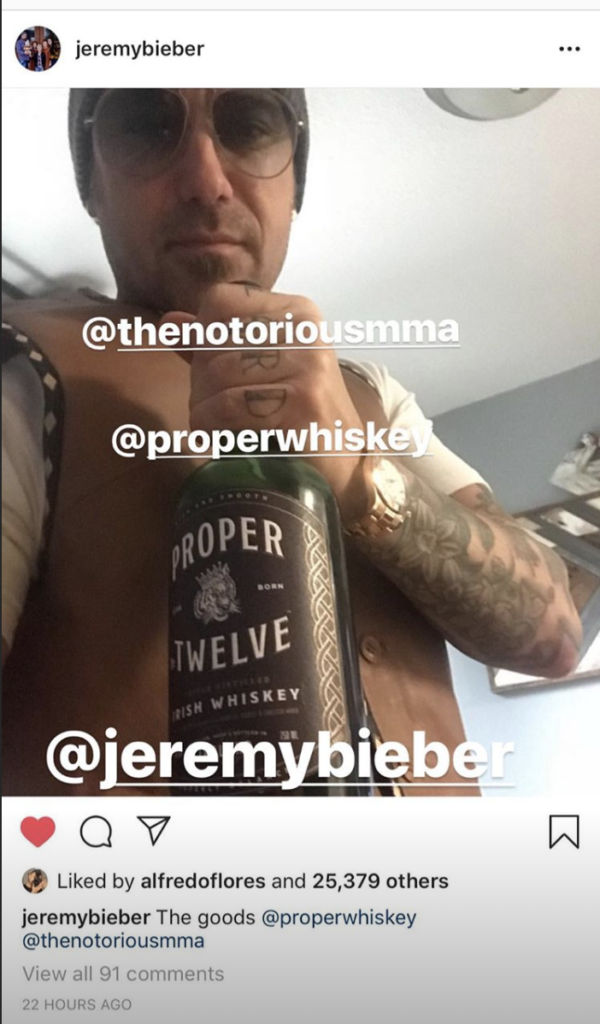 “Shout out Ireland,” he added.

Bieber is a close ally of McGregor and is currently training under the Irishman’s fast training programme. 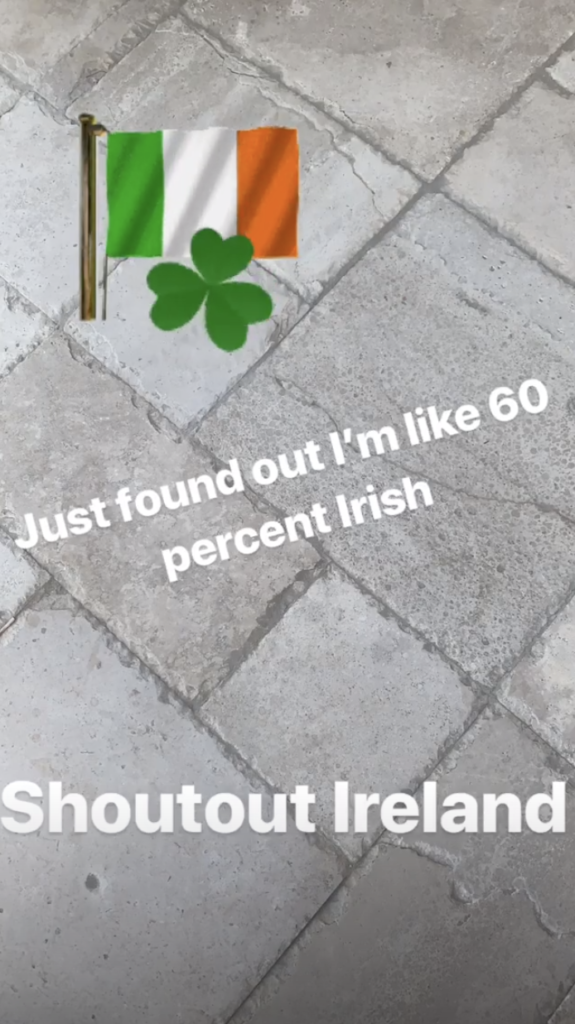 The singer also came out in support of the Notorious following the infamous bus attack in New York last year that let McGregor in serious hot water.

“He will be fine, we all make mistakes,” Bieber wrote at the time.

“The Irish runs deep with the Bieber’s.”

Justin is a top young man!
Training hard on the @McGregorFast program also.
Real excited to see the results and hear his latest music this summer.
Thank you @justinbieber and father @JeremyBieber!
The Irish runs deep with the Bieber’s.
Shoutout my young bro Johner Bieber also. https://t.co/bJJWDqWRPR