KFC HAS successfully captured the essence of its famous golden gravy in an epic limited-edition run of scented candles that really have to be smelled to be believe.

For a limited time, fried chicken enthusiasts and KFC gravy superfans alikecan get their hands on one of 230 limited edition candles.

The candles are available on a first come, first served basis via www.kfc.co.uk/gravycandle.

These distinctive KFC Gravy Candles have been expertly infused with the soothing aromas of the nation’s favourite gravy.

A spokesperson at KFC UK & Ireland said: “You’re not dreaming. You really can now fill your home with the incredible aroma of KFC gravy with this limited edited candle… it’s staggeringly nose stimulating.” 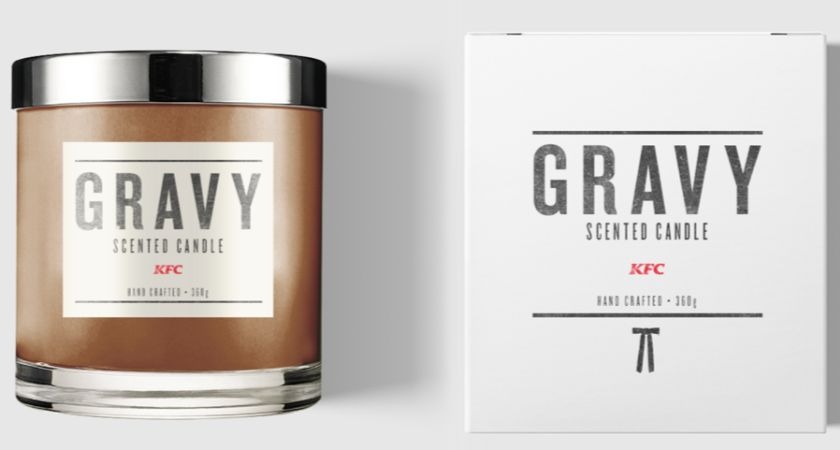 Simply listen, breathe in and breathe out, as the soothing sound of simmering gravy melts away your stress. Or something like that.

The Colonel’s trusted parfumier said: “What an honour it was to create a candle with such a highly-beloved scent. Initially the different ingredients within the gravy were split into their constituent parts and fragrances matched to each.

“Then the scent was built component by component in the similar ratios as KFC’s iconic gravy. The artisanal approach to creating the candles was crucial to ensure the familiar and evocative aroma of gravy was perfectly captured.”