UFC STAR Khabib Nurmagomedov has hit out at Conor McGregor over the incident that saw the Irishman punch a punter in a Dublin pub.

CCTV footage surfaced last month of McGregor lashing out at a 50-year-old pub patron after he refused the offer of a free shot of the fighter’s Proper No Twelve whiskey.

The Notorious garnered widespread criticism for the incident, with one Irish pub in the US flushing all its stocks of the whiskey down the toilet in process.

Now Nurmagomedov has broken his silence on the matter to condemn McGregor actions he believed could have proven lethal.

The Russian told BT Sport [via Mirror Sport]: "He [McGregor] is a big star, how can you punch old people when you are one of the best fighters in the world?

McGregor showed contrition over the incident in an interview with ESPN.

“That man deserved to enjoy his time in the pub without it having to end the way it did." 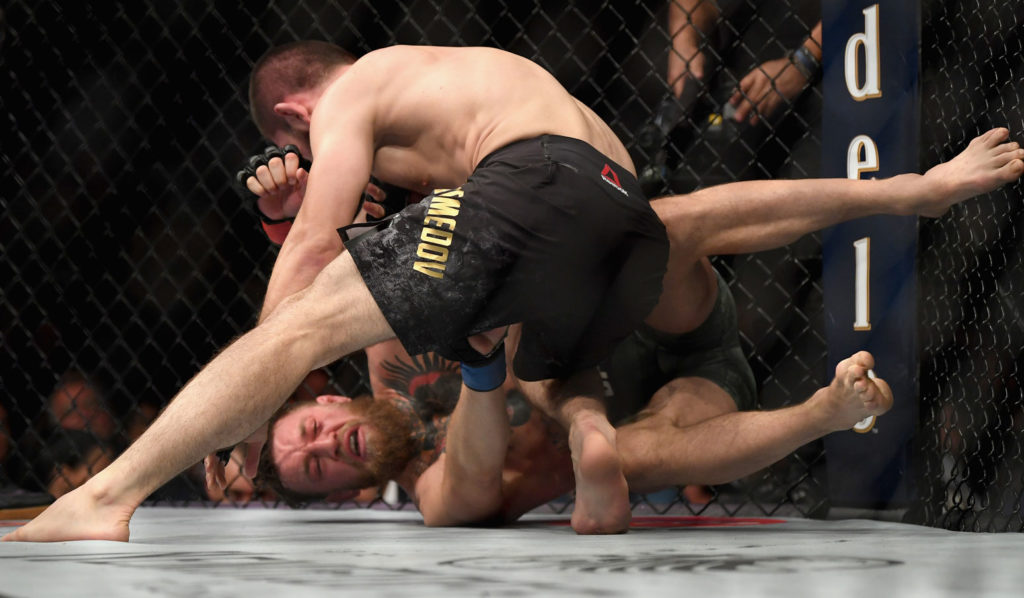 Nurmagomedov remains unconvinced though, arguing that McGregor’s preoccupation with wealth has derailed his fighting career and made him an unpredictable and unfocused force.

The interview came ahead of Nurmagomedov clash with Dustin Poirier in Abu Dhabi this coming Saturday night.

It’s the Russian’s first fight since both he and McGregor were suspended from the sport for their part in the melee that followed his win over the Irishman.

McGregor has already announced his retirement from the world of MMA, though rumours persist that he could be tempted to make a return.