A CHANGE in the law means breweries and distilleries in Ireland will be able to sell alcohol to visitors taking part in guided tours.

Until now, alcohol manufacturers who offer tours of their premises have been forbidden from selling their products on site.

Larger breweries and distilleries have been able to circumvent this by paying for a public house licence, but the expense has proved prohibitive for smaller operations.

Now, the Intoxicating Liquor (Breweries and Distilleries) Act 2018 means around 165 manufacturers can apply for a retail licence to sell their products to visitors after they’ve seen how its made.

Having signed the Commencement Order for the Act this week, Minister for Justice and Equality Charlie Flanagan said the change would boost tourism and the economy.

“It goes without saying that this Government is fully committed to promoting regional and local development and, in that context, to fully supporting the job-creation potential of artisan food production and local tourism initiatives,” he said.

“Some craft breweries and distilleries already admit tourists and visitors for guided tours of their premises.

“This not only serves to increase tourism activity in local areas but also create local employment opportunities. 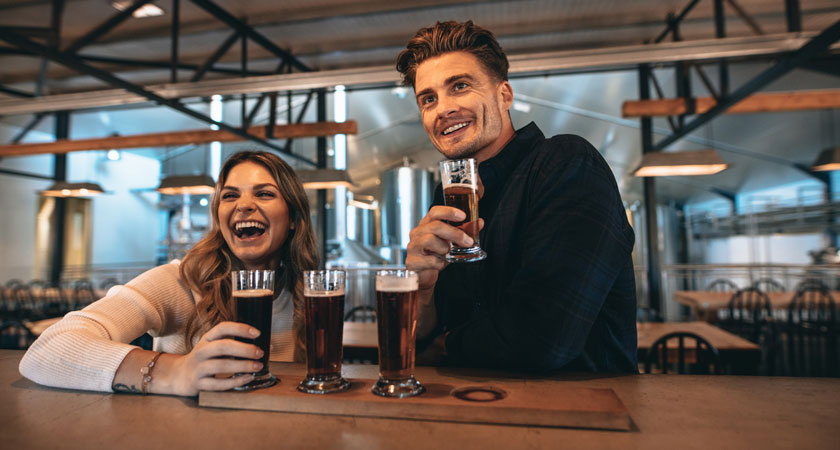 Visitors will now be able to sample the products they see being made (Image: iStock)

“It also contributes to economic activity by generating demand for ancillary services such as accommodation, catering and transport.

“Having completed a tour of such premises it is only natural that tourists and visitors may wish to purchase some of the intoxicating liquor products being produced.

“This Act will facilitate the sale of intoxicating liquor produced on the premises to such tourists and visitors.”

The licence will allow breweries and distilleries to sell – between 10am and 7pm – intoxicating liquor manufactured on site to visitors who have participated in a guided tour, except on Christmas Day.

They can also obtain a licence to sell products – between 10am and 7pm – to members of the public for consumption off site, except on Christmas Day, Sundays and St Patrick’s Day.