Over 300 firefighters have been mobilised to tackle 'extreme' wildfires near Athens (Image: Getty)

GREECE has declared a state of emergency after wildfires killed at least 50 people near Athens.

Authorities said more than 100 others had been injured, including 11 in a serious condition.

According to a Red Cross official, 26 bodies were found in the yard of a villa in the coastal town of Mati, 25 miles (40km) east of the Greek capital.

A six-month-old child is believed to be among those who died there.

One survivor told Greece's Skai TV: "Mati doesn't even exist as a settlement anymore. I saw corpses, burned-out cars. I feel lucky to be alive."

The blazes broke out in the Attica region - which encompasses Athens and various holiday resorts - and spread quickly and suddenly due to high winds of over 50mph. 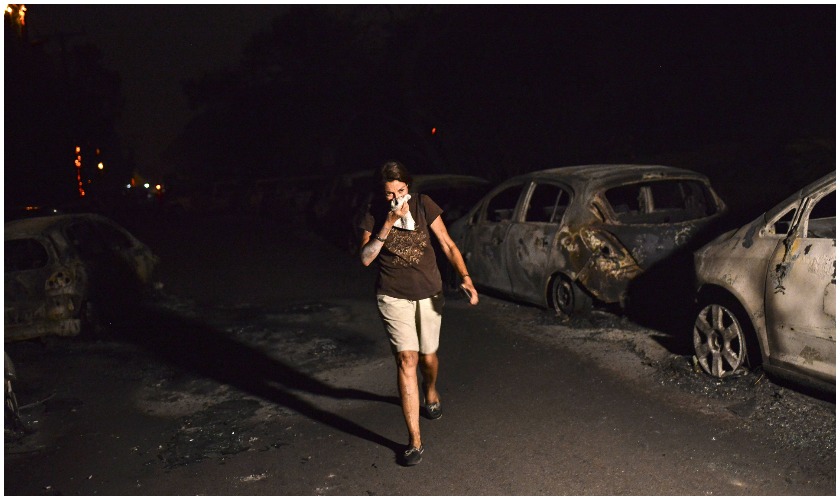 A woman walks past burnt cars in the village of Mati - where at least 26 people died (Image: Getty)

Flames have also broken out near the town of Kineta and the Penteli area.

According to Reuters, families fled into the sea as the fires approached the shoreline before being picked up by passing boats.

Police said they found two Danish tourists alive in a boat but eight other tourists who boarded the vessel were missing.

The Greek government has requested helicopter support and additional firefighters from other EU countries to help tackle the inferno.

Prime Minister Alexis Tsipras cut short a visit to Bosnia to declare a state of emergency.

"We will do whatever is humanly possible to control it," he said. 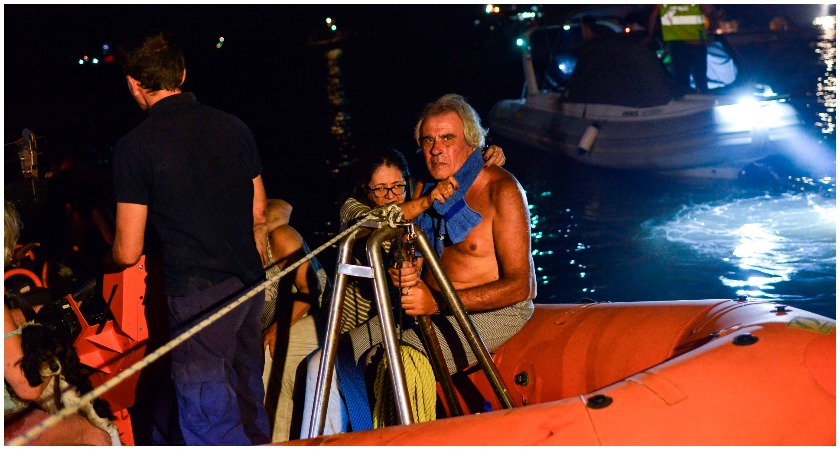 Families had to be rescued by boats after fleeing flames into the sea (Image: Getty)

"Everyone should keep their temper and take care to protect the most precious good, that is human life".

He added: "I am really concerned by the parallel outbreak of these fires. All emergency forces have been mobilised."

Emergency services were banking on lower winds on Tuesday but the forecast for the region - which has experienced temperatures topping 40C in recent days - remains challenging.

Forecasters said conditions would remain similar today but showers and falling temperatures were expected in Athens.

However, the wildfires pose "no immediate threat" to Athens' famed ancient monuments, according to authorities there.