The Merseyside outfit are due an allocation of just 16,613 tickets for the Champions League final against Tottenham in Madrid on June 1.

A ballot for supporters not guaranteed a ticket via previous the attendance criteria has already received in excess of 30,000 applications.

Resale sites have been spotted selling tickets for the game for as much as £35,000. 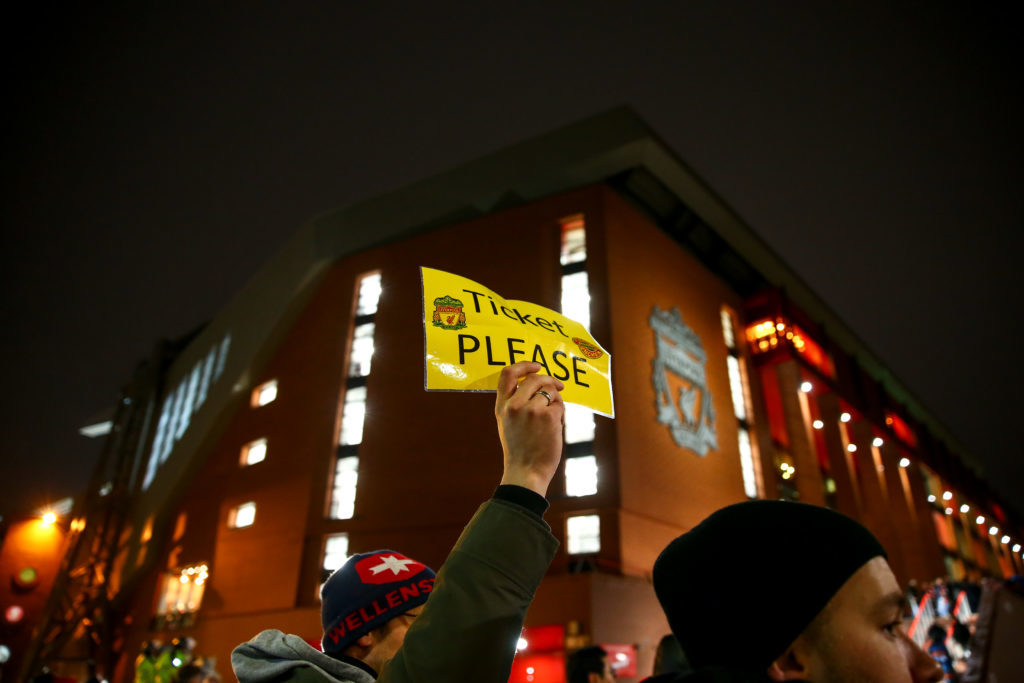 A fan holds up a sign asking for tickets prior to the UEFA Champions League Round of 16 First Leg match between Liverpool and FC Bayern Muenchen at Anfield on February 19. (Photo by Robbie Jay Barratt - AMA/Getty Images)

"Fans are warned that buying tickets via unofficial online sources does not guarantee tickets are genuine or that they will actually receive them," the club said in a statement earlier.

"As part of its commitment to tackle ticket touting, the club has created a test purchase programme to help protect supporters from purchasing via unauthorised ticketing sites. The programme aims to identify and stop these sales.

"While selling or offering to sell tickets without the permission of the club is a criminal offence, LFC also intends to impose sanctions on any supporters found to be selling tickets through unofficial secondary ticketing sites."

"Sanctions could include ticket-buying suspensions and indefinite bans from Anfield.

"It could also mean that any tickets for the Champions League final in Madrid are invalid, and purchasers will be unable to gain access to Estadio Metropolitano."