ITS IRISH heritage may be dubious at best, but there’s no denying the fact Lucky Charms represent the most appealing Emerald Isle-inspired cereal on the market today.

Not that there is much competition in that particular field, of course.

In any event, Lucky Charms remain a rare treat – usually enjoyed by adults who should know better – and one that is as sweet as they come.

A heady combination of toasted oat pieces and sugar-laden mini dried marshmallows, Lucky Charms are up there with Cookie Crisp when it comes to desserts masquerading as breakfast cereals.

Lucky Charms were first created by Irish-American product developer John Holahan back in 1964 as a new cereal to rival popular favourites like Cheerios and Wheaties. 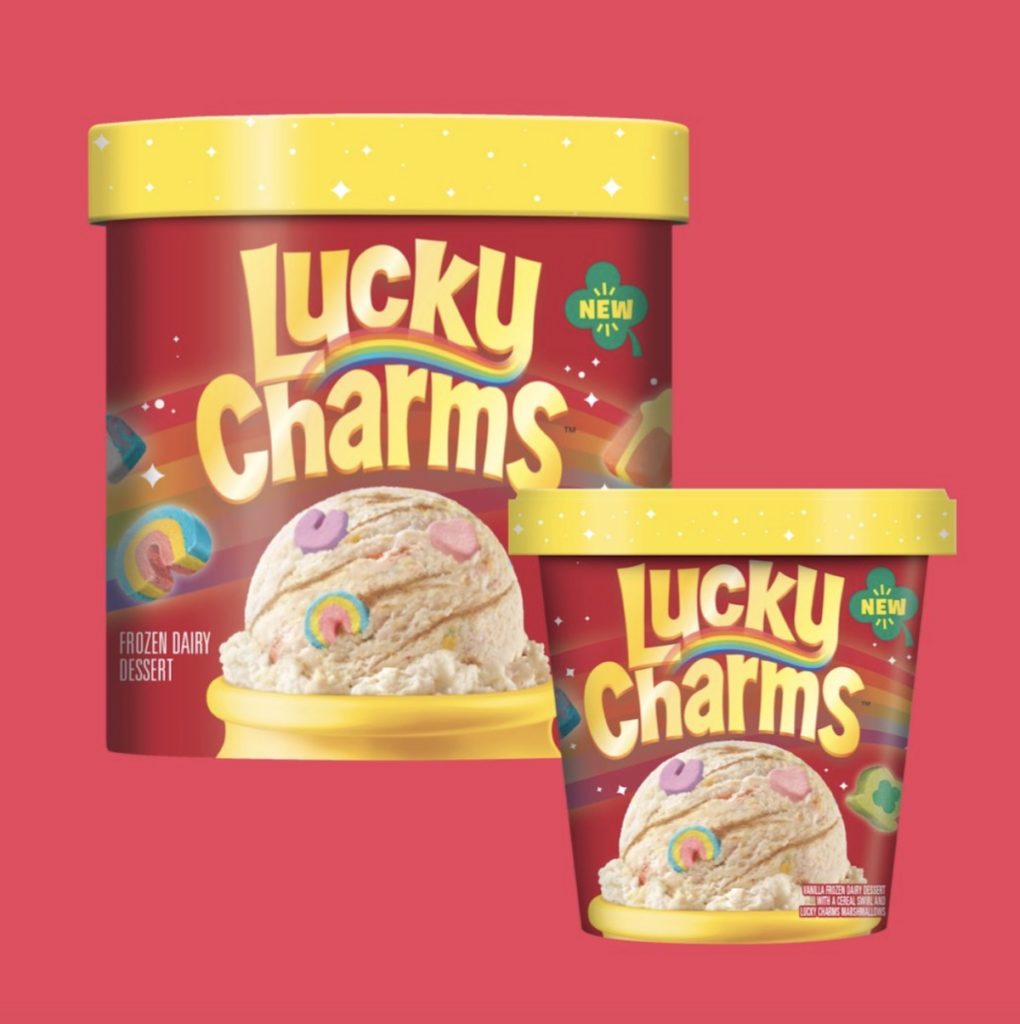 But if that wasn’t enticing enough, then the prospect of a Lucky Charms ice cream should fill the void.

It’s exactly what you would expect and a whole lot more besides.

Arriving in stores just ahead of March 15, if successful the new ice cream could spark more cereals to follow suit – Frosties ice cream anyone?