THE shipwreck of the RMS Lusitania has been gifted to a museum in Kinsale, Co. Cork exactly 104 years after it was torpedoed by a German U-boat with the loss of 1,198 lives.

Greg Bemis, the American businessman who has owned the wreck since the mid-1960s, signed the donation agreement with the Old Head of Kinsale Museum this morning.

Retired venture capitalist Mr Bemis has donated a large number of artefacts from the sunken liner to the museum over the years, having overseen several licenced dives at the wrecksite some 11 nautical miles off the Kinsale coast.

In 2017, the museum opened a Lusitania memorial garden complete with a 20-metre long bronze sculpture in honour of the victims.

With the help of Mr Bemis' incredible donation, it is now hoped that a full-scale "living museum" can be built to allow the Lusitania's story and history to be shared.

Speaking on RTÉ's Morning Ireland today, Con Hayes of the museum said the Cunard liner was just as important as the Titanic but is often forgotten about. 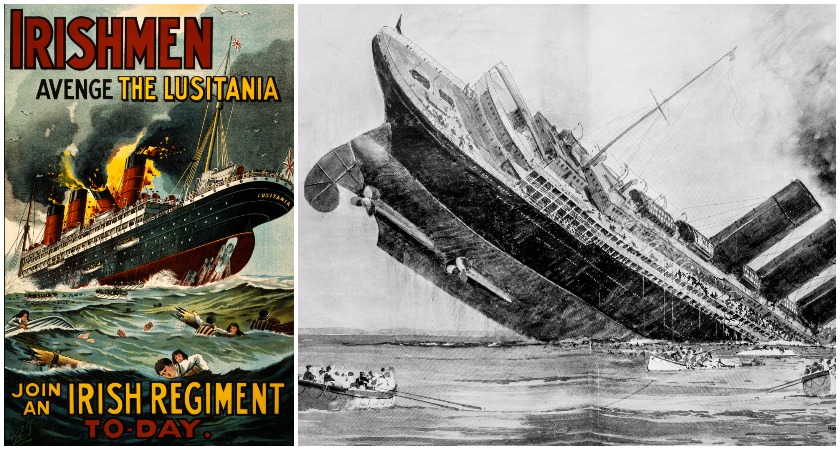 "We have been commemorating the Lusitania, of course, because we built the Lusitania memorial garden at the Old Head," he said.

"We want to continue that work by building a full scale museum where we can display Lusitania artefacts and tell the story properly."

The RMS Lusitania was the largest ship in the world when it was sunk by a German submarine on May 7, 1915, killing 1,198 passengers.

Its wreck is regarded as a war grave and protected by an Underwater Heritage Order under National Monuments Acts.

READ MORE: 13 facts about the Lusitania disaster – When 1,198 people died off the coast of Ireland

Under the legal terms of the gift deal signed today on the 104th anniversary of the sinking, Mr Bemis’ bequest will take effect when he dies, when he writes a letter to execute the bequest, or when the museum itself is built.

Mr Bemis said he felt the time was right to donate the wreck on the eve his 91st birthday, adding that it was "embarrassing" to think about how much money he had spent on the sunken ship.

He told RTÉ's News at One: "I think it is a very worthy cause... today we are finally coming to a close of my relationship with the Lusitania.

"I'm getting too old to continue with this thing forever and I'm going to be 91 the end of this month and it is about time I have some new people responsible for carrying on the research and the exploration and the recovery of artefacts for the museum."