LYNXES are being considered for reintroduction in Ireland as part of an extensive 're-wilding' project.

These magnificent wildcats used to be widespread across the island of Ireland once upon a time, but were driven to domestic extinction due to loss of habitat and human hunting.

In 1934, fossil remains of a young Eurasian lynx turned up amongst the findings excavated from a cave in Co. Waterford, confirming that the lynx was in fact a native Irish big cat.

The Irish climate isn't ideal for preserving animal remains, because if an animal died in the open, the wet climate assists decomposition very well. Wolf and Bear bones are common because they slept and frequently died in caves, lynx remains however are not so easily found as they live out in the open.

It's likely they would've roamed the Irish countryside and woods, preying on hares and small deer. 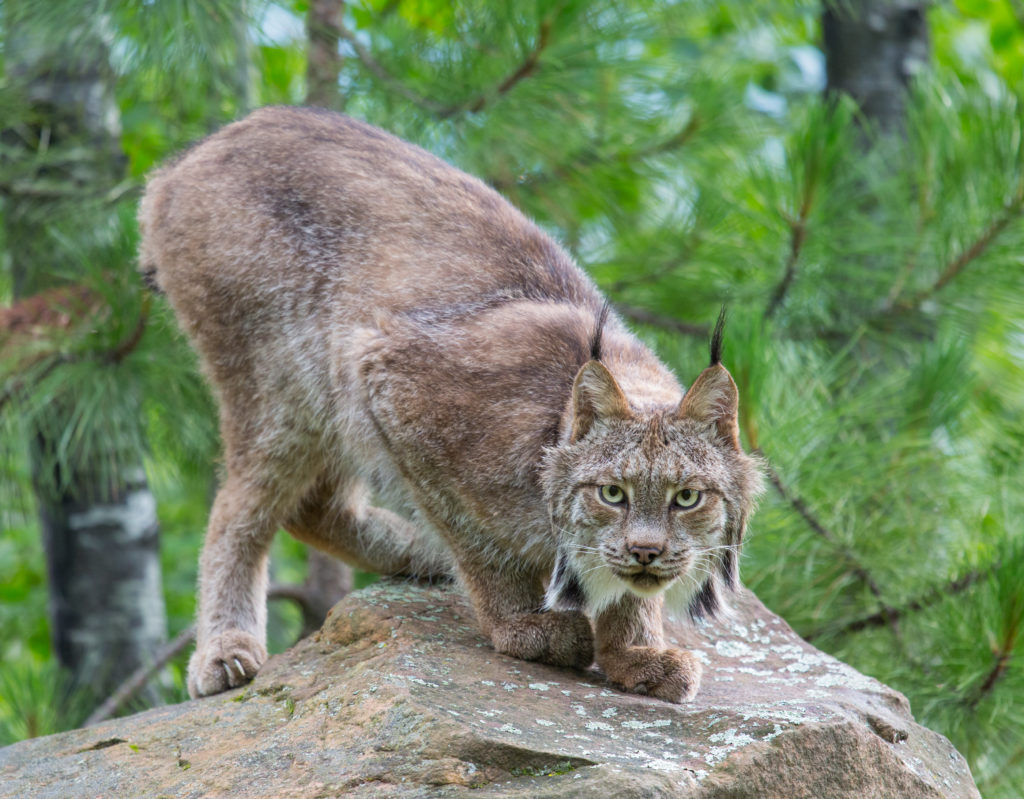 But why would you want a potential man-eater lurking in shadows as you head out for a morning walk?

Well, the broad idea behind the conservation strategy is that, reintroducing larger mammals and birds can fill the predator vacuum they left behind when they died out, and encourage wildlife lower in the food chain to thrive too.

Apex predators, like the lynx, are important for balancing delicate woodland ecosystems, as they help keep populations of animals like deer, under control, which in turn benefits biodiversity.

The big cats have been successfully reintroduced in Switzerland, where roughly 300 of them now live, and conservationists are looking at introducing them to areas of Scotland and northern England, where there is ample woodland for them.

Currently, lynxes - or bobcats as they're known in the US - are mainly found across Siberia and large stretches of North America. Though they're also still founds in small pockets of Europe, where they're considered to be the third largest predator on the continent, after the brown bear and the grey wolf.