POLICE in Northern Ireland have arrested a 46-year-old man in connection with the murder of journalist Lyra McKee in Derry.

The man was arrested under the Terrorism Act on Thursday and has been taken to the serious crime suite at Musgrave Police Station for questioning, the PSNI said.

A number of items were also seized for further examination during raids in the Northland Road and Creggan areas of Derry this morning, the force confirmed.

Belfast native Ms McKee, 29, was shot dead while observing rioting in the Creggan estate on April 18.

The New IRA later admitted responsibility for the killing and apologised to Ms McKee's family, but refused to name anyone involved. 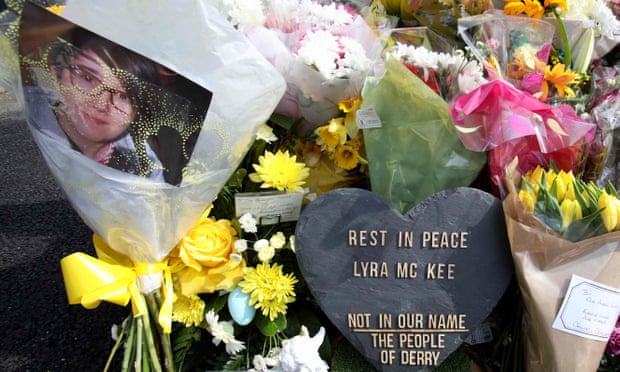 In a statement, Detective Superintendent Jason Murphy said: "Since Lyra was murdered following violent disorder in Creggan in Derry/Londonderry on 18th April, our investigation has received widespread support from the community.

"I still want to hear from anyone who has any information and would appeal to the public to contact my team of detectives on 101.

"Alternatively, if you would prefer to provide information without giving your details, you can contact the independent charity Crimestoppers and speak to them anonymously on 0800 555 111."

Meanwhile, one of two men accused of public order offences in Creggan on the night Ms McKee was murdered has been refused bail for a third time.

Paul McIntyre, 51, from Ballymagowan Park in Derry, is charged with riotous assembly as well as petrol bomb offences.

His co-defendant Christopher Gillen, 38, of Balbane Pass in Creggan, did not apply for bail.