THE POLICE Service of Northern Ireland have arrested a man in connection with six attacks on women in Belfast earlier this week.

Investigating officers confirmed they have arrested an unnamed man, aged 38, as part of a probe into four alleged stabbings and two alleged assaults on women in a late-night rampage in the city on Monday night.

The male has been taken to Musgrave Station for questioning into the incident.

The arrest comes after the PSNI released multiple images of a man they wished to speak to in connection with the attacks. 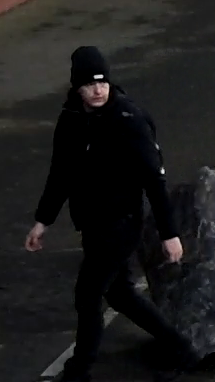 “These latest images were captured in the City Centre a short time before the first incident, which occurred at approximately 7.42pm on Monday evening in Castle Place, in which a female pedestrian received a stab wound," a spokesperson for the PSNI said in a statement.

“The second stabbing occurred at 7.51pm on the Ormeau Avenue between the Linenhall Street and Adelaide Street Junctions. The third stabling occurred at 8.56pm on Donegall Square West. In the fourth incident, which occurred at some time between 8.56pm and 9.01pm on the Dublin Road, a female received a punch to the back of her head.

“In the fifth incident at 9.01pm, another female received a stab wound as she walked along the University Road, near Mount Charles.

“In the sixth incident, a female was punched in the neck on the Upper Lisburn Road near Dunluce Avenue at around 9.03pm and we believe this to have been carried out by the same man.

The suspect was wearing dark clothes and travelling on a mountain bike with a light frame when the attacks were carried out.

None of the victims received life-threatening injuries, however Ch Superintendent Simon Walls said  "this does not take away from the seriousness of these incidents".

"These were frightening random attacks for these young women but thankfully incidents like this are extremely rare.

Anyone with information which could lead to the arrest of the suspect is asked to contact police at Lisburn Road on 101, or submit a report online using this form.

Any witnesses who wish to remain anonymous can also contact Crimestoppers on 0800 555 111 or online (here).