Man in his twenties killed in Dublin shooting

The attack happened at around 9.45pm at the James Larkin house flat complex on Dublin’s North Strand.

The victim has been named as 27 year old Jason ‘Buda’ Molyneaux, and is known to Gardai for his involvement in organised crime and has 120 criminal convicitons.

The father of one is a close associate of the Hutch gang, who have been immersed in a bitter feud with the Kinahan cartel over the last few years. 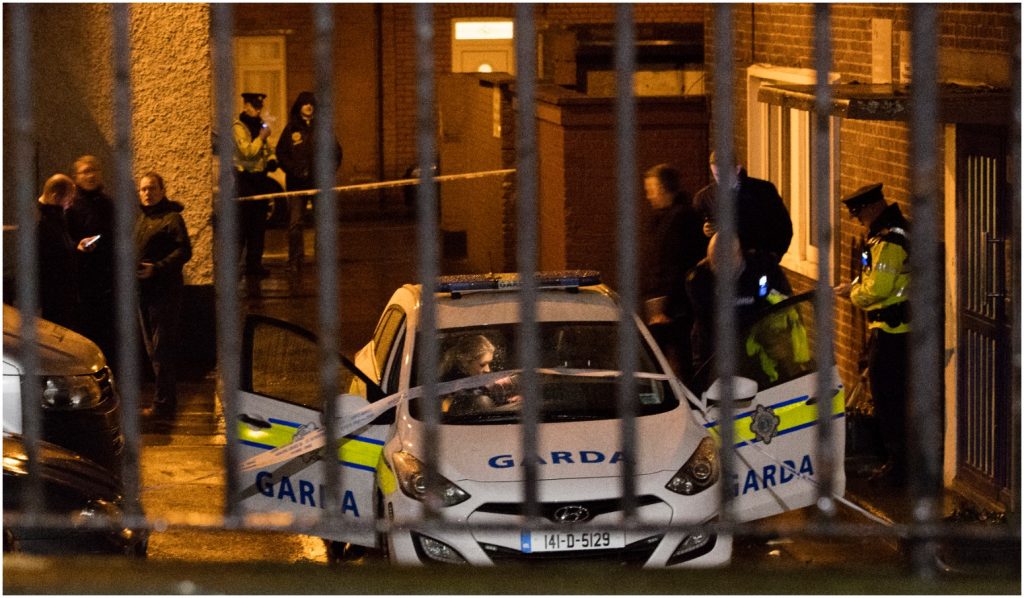 Gardai at the scene of the shooting in Dublin's North Strand. (Picture: Rolling News)

The killing comes just hours after the wake of one of Molyneaux’s closest friends, Derek Hutch, took place.

Hutch was shot dead in Dublin last Saturday week. His funeral is due to take place today.

The victim of last night’s shooting was shot a number of times in the upper body by a lone gunman who fled on foot.

He was taken to the Mater hospital where he was pronounced dead.

A burnt out car was found in the Fairview area just minutes from the scene of the murder.

The scene is sealed off for a technical examination.

Gardai believe the killing is directly linked to an attempt on the life of a man in Ballymun last August which resulted in the double murder of his sister and friend.

Man arrested after discovery of woman's body in Co. Meath

Video shows teenager breaking out of garda van before fleeing

Man in his 80s dies following collision in Co. Clare