AS with anyone else who saw the images of three-year-old Syrian refugee Alan Kurdi washed up dead on a Turkish beach in 2015, Sligo Garda Raymond Wims was horrified.

But whereas most of us eventually put the disturbing images of the boy on the beach far, far away to the back of our minds, for Raymond they were the catalyst behind the decision of a lifetime.

“I’d always wanted to contribute and go out and help people but it was only when that photograph showed up that instead of complaining we actually decided to book a flight and go,” Raymond recalls.

“It made me think of my four young kids. When you see something like that it’s easy to just say this is terrible and let that be that. But it’s just as easy to get over there and do something about if yourself.”

He quickly called his friend and colleague Damian McCarthy and together, the pair travelled to the inundated Greek island of Kos in October 2015.

The original plan was to spend just a week in Greece dropping off clothes and distributing toys to child refugees, but the size of the problem in the Mediterranean quickly dictated that a more sustained relief effort be made. 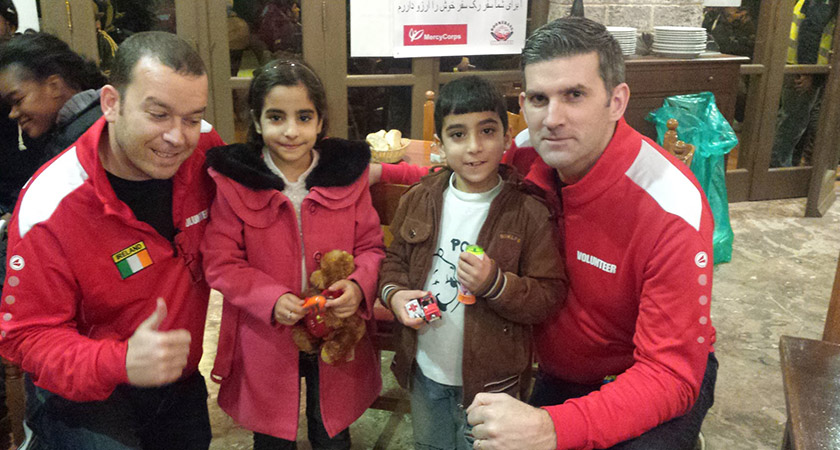 “It was the pictures of Alan Kurdi which made me make the decision to finally go. Damian and I went for a week but we didn’t leave until a fortnight later,” he says.

'People were starving to death'

Raymond openly admits that the trip was, despite all they had seen on the news back home, a step into the unknown.

“We did our research but there was very little on the internet which revealed what was actually going on in the Greek islands. The reality was worse than I could have imagined,” he says.

“When we arrived on Kos in October 2015 there was no aid agency there like there is now. People were left to fight for themselves. I saw people starving to death and children lying in the street.

“It’s one thing watching television or browsing the internet and then putting the images you see from the other side of the world to one side. But once you get there and see the conditions yourself, you can’t do that.”

Raymond and Damian quickly set about finding a place to use to feed people, and that’s when they came across the local Irish pub the Shenannigans.

“We went out and bought cereals like Weetabix and other breakfast foods. Hundreds of people started turning up to eat,” Raymond recalls. 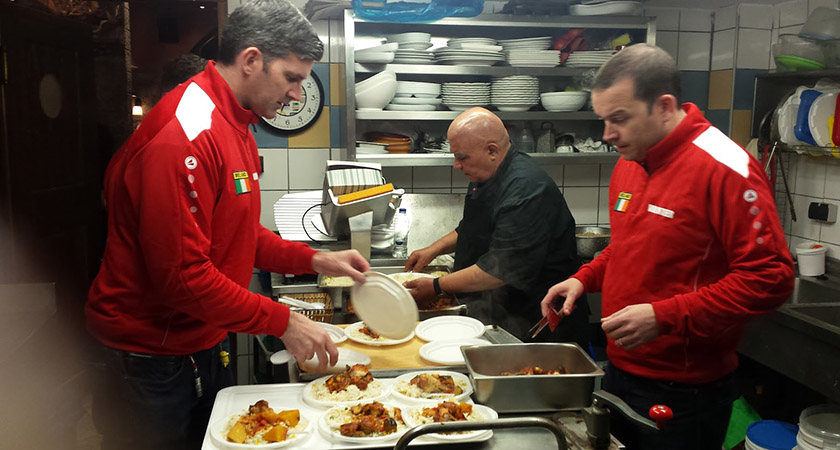 “Before we left we contacted the Mercy Corps aid agency and asked them to keep the place going so that the refugees wouldn’t starve.

“Luckily they agreed and the Shenannigans stayed open saving lives.”

Upon returning to Ireland, Raymond and Damian quickly set about planning their next trip back to help the people on Kos.

“We went back only a few months later in December 2015. That time there were two more of us and we were able to offer 500 meals a night at one point.

“Things started to get better for the people there and when we went back again in October 2016 there was a big difference in the quality of the refugees' lives.”

By that third visit, donations from around the world had helped fund improved living arrangements for the tens of thousands of refugees scattered throughout the Greek islands.

'People who were doctors in Syria are living in slums'

For Raymond it came as a sign that his work was done on Kos. But instead of calling it a day he stepped even further into the situation. 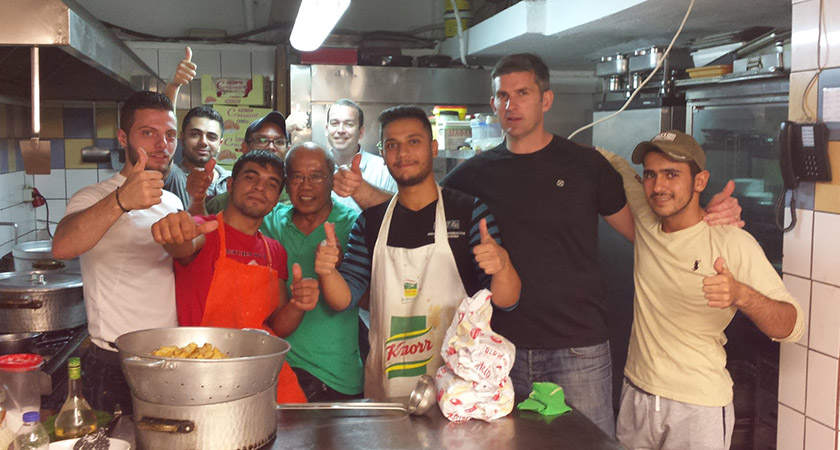 “We’ve moved on to Turkey now. Refugees have even less rights there and are being exploited daily. You often hear of the refugees making the Mediterranean crossing to Greece and other countries but you don’t hear about the four million refugees stuck out in Turkey.

“Most of the stuff we witnessed in Turkey in October 2016 has gone unreported so there is definitely lots of stories there which need to be got out there.

“You see people who were doctors when they lived back in Syria who are living in slums and out of farm sheds now like animals,” he added.

“Only ten per cent of them are in camps. No aid, food, education, access to medical care and unfortunately 'no realistic hope' for the majority of them in Turkey. We met starving refugees in Turkey with literally no hope.”

Despite the horrors Raymond witnessed, it isn’t the poverty nor the desperation of the refugees that sticks out in his mind.

Instead, kindness and dignity is what he most remembers of the refugees in Greece and Turkey.

“The way we have been received by the Syrian people is just incredible. The expressions of gratitude, the hugs, the smiles, the tears,” Raymond says.

“Although at times it is overwhelming and uncomfortable to watch, it does give us strength and hope for these people. They don’t beg for anything. They don’t want to take from us, they want to give.

“But it is difficult to see what hope they have. Where can 4 million refugees go?”