A SINN Fein councillor has called for Met Eireann to include Northern Ireland’s six counties in the weather maps featured in its forecasts.

She was keen to stress that while Sinn Fein as a party campaigns to get the six counties back, the motion was being proposed to help the thousands that travel between Northern Ireland and the Republic every day.

Her concerns were echoed by party colleague Brendan Ferron, who noted [via the Irish Mirror] that the UK Met Office includes the whole of Ireland in its forecasts.

“We’ve been told there won’t be a hard border by Theresa May so why is Met Eireann putting one in?” he said.

The council offered up the following response to the motion:

“Met Éireann is the provider of weather information and related services for the Republic of Ireland, and is part of the Department of Housing, Planning, Community and Local Government.

“If the motion is passed correspondence will issue to the relevant Department.” 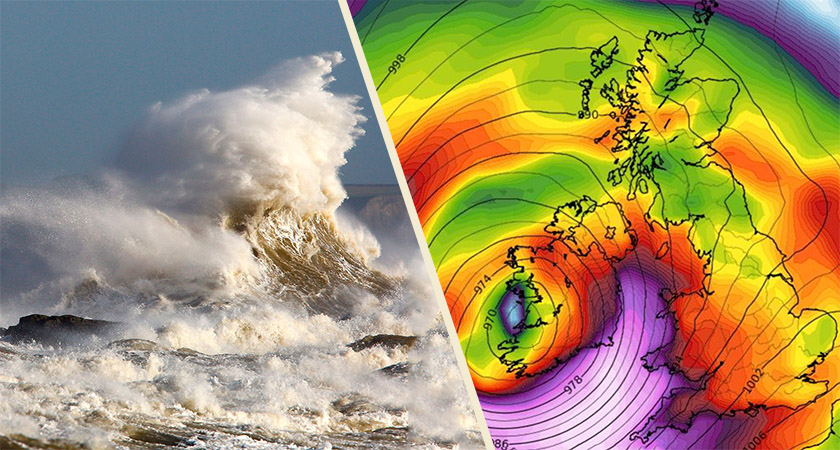 The motion was subsequently passed by councillors.

“The absence of weather warnings for the North being included on their public output … has caused much controversy and frustration in recent times,” he said.

“Not least given the increasing levels of adverse weather events which are becoming a worryingly more regular reality for people.

“All we needed here was some ‘Blue Sky Thinking’ and credit to Met Éireann who have today indicated they are up for that.”

Met Eireann has been considering including counties north of the border in any future national weather warnings.