ROERMOND, NETHERLANDS - JULY 16: Aerial view of the flooded camping site Jachthaven Hatenboer on July 16, 2021 in Roermond, Netherlands. The flooding has been caused by unusually heavy rain in the hilly parts of Germany and the Ardennes region in Belgium. In Germany the death toll has now passed 100 with dozens more missing. Rescue and evacuation operations are now underway in tricky conditions across the affected regions.

AT LEAST 120 people have been killed and thousands more are missing after some of the worst flooding western Europe has seen in decades.

A record amount of rainfall across parts of Germany, Belgium, the Netherlands, Luxembourg and Switzerland caused rivers to burst their banks, devastating the surrounding areas.

In Germany, the death toll has risen above one hundred, and many more are expected, according to Chancellor Angela Merkel, while 22 further deaths have been reported in Belgium.

Helicopters have been deployed across the region to search for survivors and to rescue stranded residents from their rooftops.

Shocking images reveal the severity of the destructive floods, with entire towns lying in four or five feet of water. 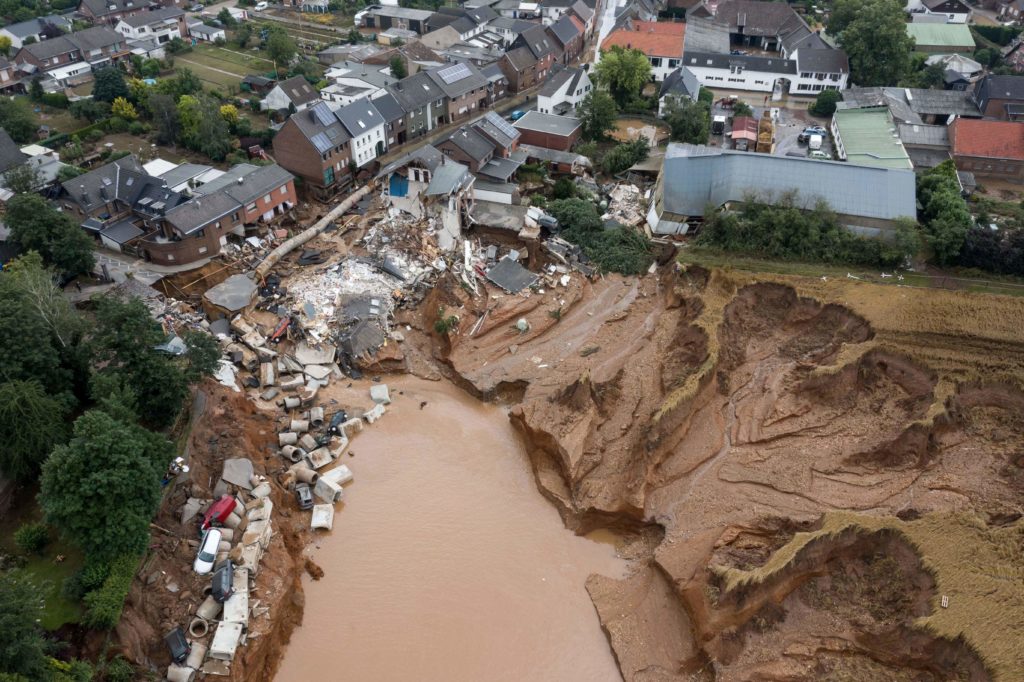 Aerial view shows an area completely destroyed by the floods in the Blessem district of Erftstadt, western Germany 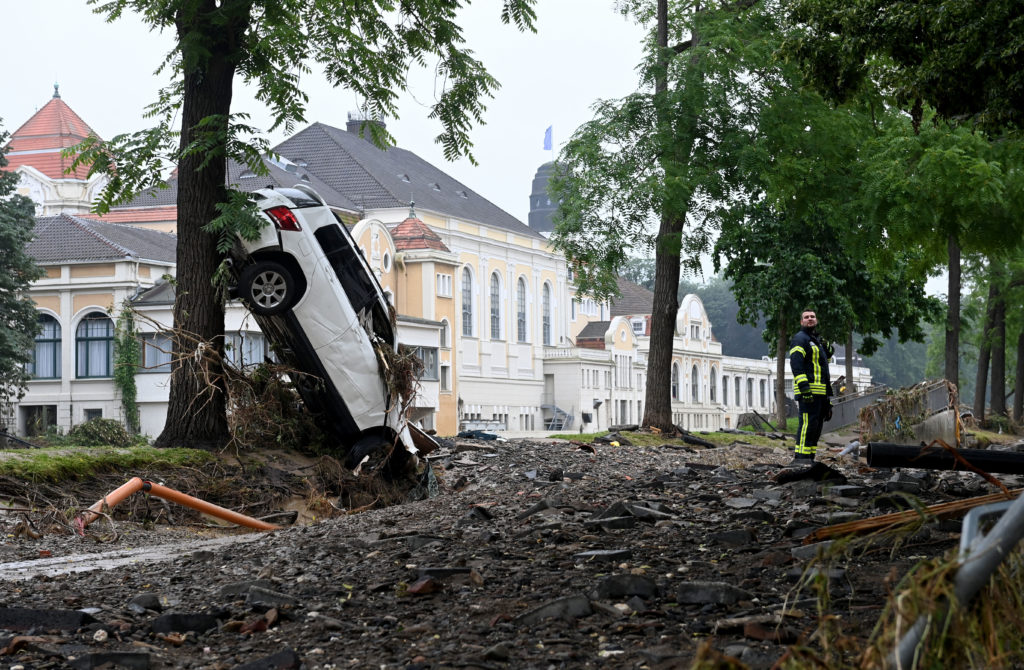 A fireman stands next to a destroyed car pressed against a tree by the torrents after the floods caused major damage in Bad Neuenahr-Ahrweiler, western Germany 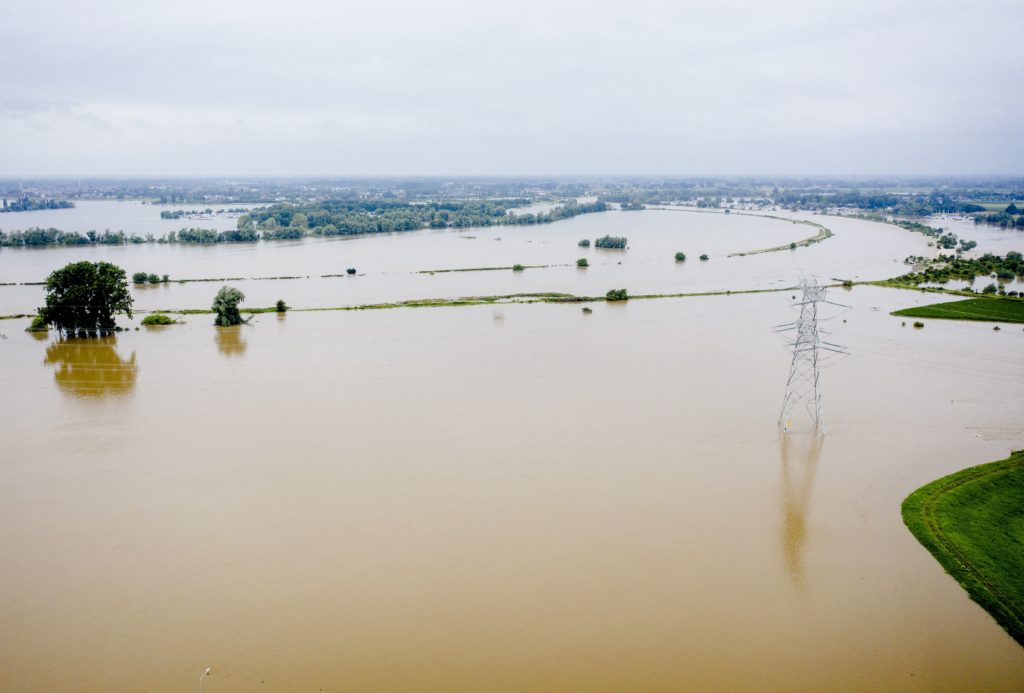 An ariel view shows the high water level near the Limburg hamlet of Aasterberg as the Meuse floods its banks following heavy rains on July 16, 2021. - The death toll from devastating floods in Europe soared to at least 126 on July 16.

"I am shocked by the reports that are reaching me from the places that are now completely under water," Merkel said.

"I mourn for those who have lost their lives in this catastrophe. We don't know the number yet, but there will be many," she added.

Experts are pointing to human-induced climate change as the cause for the freak amount of rainfall, something the scientific community has been warning the world about for years.

German President Frank Walter Steinmeier called for action on climate change, saying: "Only if we take up the fight against climate change decisively will we be able to keep extreme weather conditions such as we are experiencing now in check."

An "extreme" flood warning was issued early this week by the European Flood Awareness System (EFAS). Professor Hannah Cloke, a hydrologist who set up and advises EFAS, said the death toll, with many more people reported missing, was "a monumental failure of the system."

"I would have expected people to be evacuating, you don't expect to see so many people dying from floods in 2021. This is very, very serious indeed," she said.

Six dead after car crashes into crowd at carnival in Belgium