(L - R) Mossie, Jamie and Eileen O'Sullivan will be buried today, with a joint funeral for the mother and son (Images: Facebook)

A MOTHER and son who were killed by the husband and father of the family in a brutal murder-suicide in Kerry last week will be buried separately to their killer.

Mossie O'Sullivan, 63, shot dead his long-term partner and only son before turning the gun on himself.

The bodies of Eileen O'Sullivan, 56, and Jamie O'Sullivan, 24, were discovered in their beds by a neighbour at around 9pm on Tuesday evening.

The body of Mossie O'Sullivan was later discovered by Gardaí in a hard-to-reach area on the couple's property; a legally-held firearm was found near his remains. 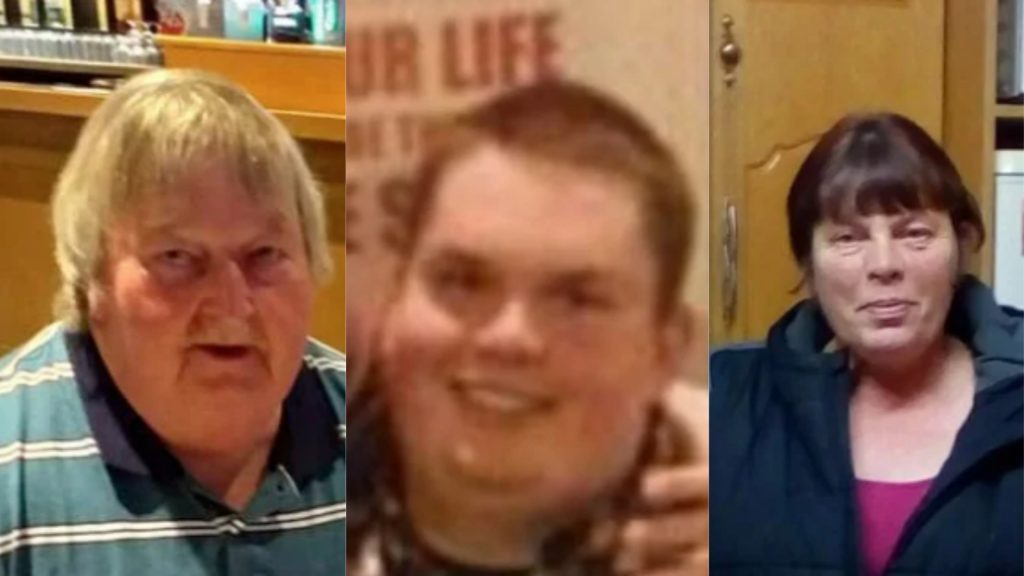 (L - R) Mossie, Jamie and Eileen O'Sullivan will be buried today, with a joint funeral for the mother and son (Images: Facebook)

According to Extra.ie, Mossie O'Sullivan's funeral will take place today, Monday 13 September, in a private invite-only ceremony; no death notice has been posted, and he will be buried separately to the family he murdered.

The joint funerals of Eileen and Jamie are expected to take place later in the day, and both will be buried together in a different graveyard to Mossie O'Sullivan.

It is reported that Eileen O'Sullivan's closest family members reside in England, and they will be travelling over for her and Jamie's funerals.

Gardaí are still struggling to find a motive for what led Mossie O'Sullivan to murder his partner and son before killing himself; locals say he did not drink or gamble and the family seemed settled and happy.

Investigating officers from An Garda Síochána have reissued an appeal to the close-knit rural community of Lixnaw to come forward with any information which could assist the investigation, no matter how "insignificant" the information may seem.