AUNG San Suu Kyi has been stripped of the Freedom of Dublin roll of honour.

Myanmar leader Aung San Suu Kyi has been stripped of the Freedom of Dublin roll of honour over her failure to speak out on abuses against Myanmar’s Rohingya people.

The removal comes weeks after Bob Geldof withdrew his name from the list in protest at the leader's conduct.

The decision to remove Suu Kyi today comes after councilors were advised that they did not need additional powers in order to remove a name from the capital’s roll of honour.

Ms. Suu Kyi, the 1991 Nobel Peace Prizewinner, has been criticised at length for remaining silent on the alleged ethnic cleansing of Rohingya Muslims in her home country of Myanmar. 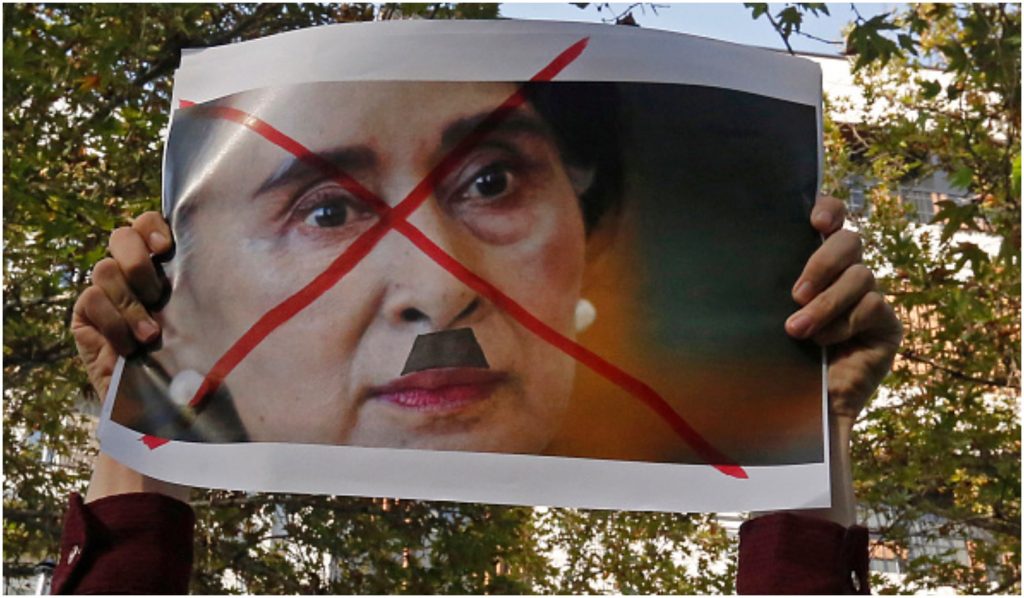 A sign held up by a member of the Rohingya population. (Picture: Getty Images)

The Myanmar leader has also been formally stripped of the Freedom of the City of Oxford award following her failure to speak about the repression of her country’s Rohingya Muslims. In a unanimous decision made on Monday evening, Oxford City Council voted to reclaim the prestigious award from the State Counsellor. Suu Kyi was originally awarded the honour in 1997 and retrieved it personally in 2012, following 15 years under house arrest.

Bod Geldof spoke about the issue during his acceptance speech for the Lifetime Achievement Award at last Thursday’s Irish Post Awards.