AT AROUND 3am on the morning of July 21, 1969, American astronaut Neil Armstrong emerged from Eagle, Apollo 11's lunar module as he prepared to make history.

As he stepped off the landing footpad, he uttered the famous line, 'That's one small step for [a] man, one giant leap for mankind,' as an estimated 600 million people around the world tuned in to watch with baited breath.

20 minutes later, Buzz Aldrin joined, becoming the second human being in history to set foot on the surface of the moon.

"Beautiful view," he said. (Not quite as profound as Armstrong's line, was it?)

As Irish-American Michael Collins piloted Apollo 11's command module from above, Armstrong and Aldrin received a call from US President Richard Nixon.

"This certainly has to be the most historic telephone call ever made from the White House," Nixon told them.

"I just can't tell you how proud we all are of what you have done. For every American, this has to be the proudest day of our lives. And for people all over the world, I am sure that they too join with Americans in recognizing what an immense feat this is. Because of what you have done, the heavens have become a part of man's world."

Over the next few hours, Armstrong and Aldrin scoped the area near their landing site, collecting rock samples from the ground and conducting several practical experiments. 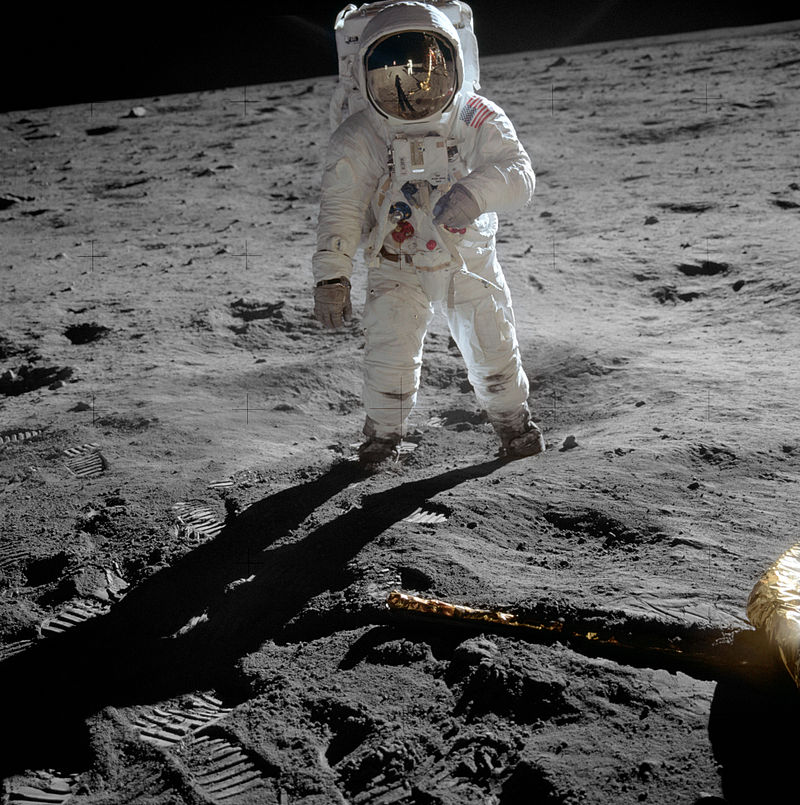 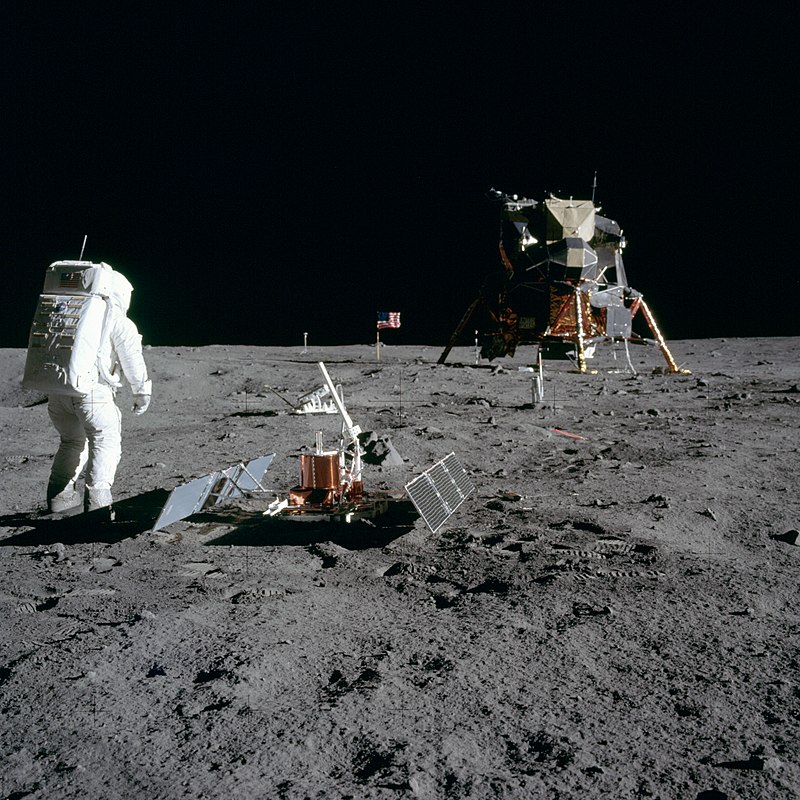 Some of history's most famous photographs were then taken, including a shot of Aldrin saluting a newly-hoisted American flag, and a perhaps the most famous photo ever taken in outer space, a picture of Aldrin with Armstrong reflected in his visor.

Just before departing, Armstrong uncovered a plaque mounted on the ladder of the lunar module, bearing two drawings of Earth (of the Western and Eastern Hemispheres), an inscription, and signatures of the astronauts and President Nixon. The inscription read:

'Here men from the planet Earth first set foot upon the Moon July 1969, A. D. We came in peace for all mankind.'

At the behest of the Nixon administration to add a reference to God, NASA included the vague date as a reason to include A.D. meaning "in the year of our Lord" (although it should have been placed before the year, not after.)

The astronauts left a number of touching troubles behind on the lunar surface as they left: An Apollo 1 mission patch in memory of three US astronauts who died when their command module caught fire during a test in January 1967; two memorial medals of Soviet cosmonauts Vladimir Komarov and Yuri Gagarin (the first man in space), who died in 1967 and 1968 respectively; a memorial bag containing a gold replica of an olive branch; and a silicon message disk carrying goodwill statements from leaders of 73 countries around the world.

As midnight approached, Armstrong and Aldrin closed Eagle's hatch and prepared for their lunar ascent to join Collins in the command module, before returning to Earth.

Even over half a century on, and after five further successful moon landings, July 21, 1969 will remain one of the most momentous 24 hour periods in human history.