Tipperary , Ireland - 23 June 2018; Aidan, right, and Seamus O'Shea in conversation before the GAA Football All-Ireland Senior Championship Round 2 match between Tipperary and Mayo at Semple Stadium in Thurles, Tipperary. (Photo By Ray McManus/Sportsfile via Getty Images)

The reason for the news revolves around work on MacHale Park surface will require the county team to relocate temporarily. This news comes from a report in todays Mayo News . There isn't a ground in the county that has a large enough capacity to follow Mayo's usual attendance numbers.

The next biggest venue in terms of crowd capacity is James Stephens Park in Ballina.

Three stadiums in neighbouring counties, Sligo’s Markievicz Park, Roscommon’s Dr Hyde Park, and Galway’s Tuam Stadium will be under consideration. Croke Park has also been discussed as a feasbile option for their National League matches. 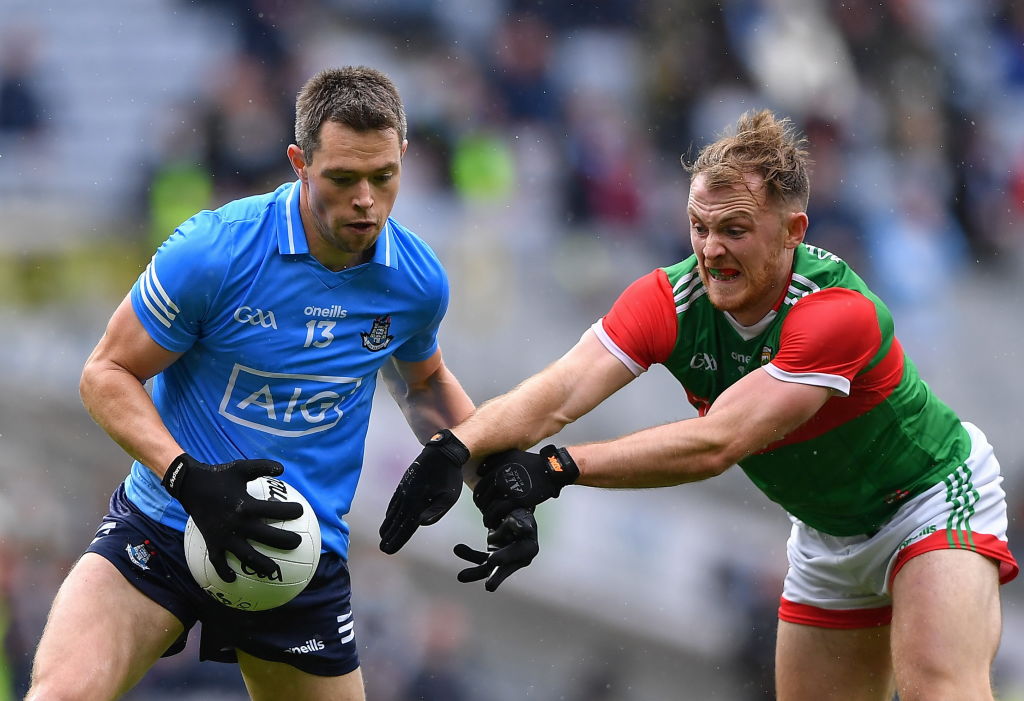 Mayo GAA secretary Dermot Butler said in an interview with The Mayo News,

“We’ve looked at every possibility but there’s just no way we can host the games,” . “We’re now actively looking at alternatives and working with the authorities in Croke Park in that regard.
Dublin, Kerry, Tyrone, Donegal, Monaghan, Kildare and Armagh are their prospective visitors as Mayo are due to play three home games in next year’s Division 1 of the League.

“The bottom line is that Mayo will be playing all the league games outside the county in 2022,” said John Prenty, the Connacht GAA secretary, to the Mayo News.

“For example, if Mayo were hosting Donegal the ideal spot to play that game would be in Markievicz Park in Sligo, but if Sligo are drawn to play at home that weekend themselves Mayo couldn’t play there, because the pitch won’t take two games in two days at that time of year.

“We’ll have to wait and see the draw and the dates and work from there, but the bottom line is that Mayo will be playing all the league games outside the county in 2022.”