Noel Gallagher talks about getting 'Guess who's dead?' phone calls from his Irish mammy

NOEL GALLAGHER has said how even he can't escape the 'Guess who's dead,' conversation from his Irish mother.

Gallagher, whose mother Peggy is originally from Mayo, was speaking with Andy Bush on Absolute Radio to discuss his thoughts on different aspects of life after turning 50.

On the subject of family, he said his mother Peggy is 'obsessed' with people dying.

He said: "She'll call me up and say, 'wait 'til I tell you, do you know Gerard who used to live next door? You do – he went out with Janine.'

"'You do remember her – she worked in the Spar – you do, she had a little f**king white dog. Wasn't he called Bimbo and didn't he used to run amok in the garden!' 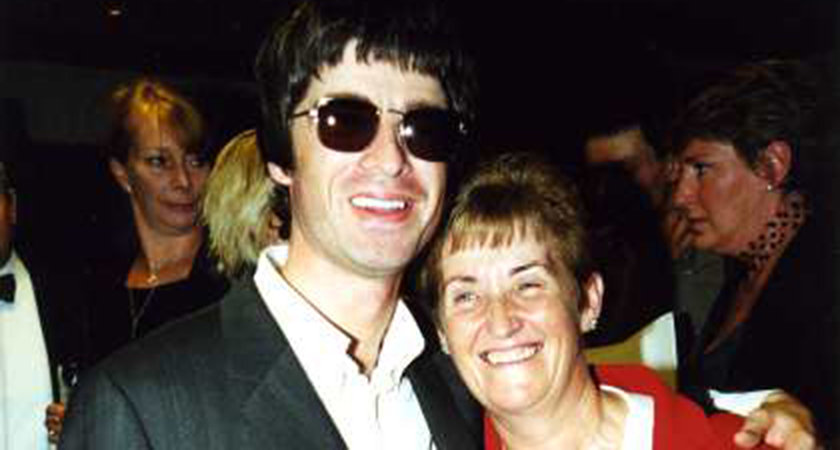 Noel and his mother Peggy at The Irish Post Awards. (Picture: Mal McNally)

"Oh well, it was nice talking to you mum – give us a call if anyone else passes away on the close," she joked.

Presenter Andy Bush also spoke of his Irish grandmother – who now lives in Liverpool – and how she'd have religious iconography in her home.

"There's this mix of terrifying religious stuff around the house," Bush said. "I don't know if your mum has got the same stuff, like little clippings of saints' cassocks, holy water and a picture of Jesus that kind of shimmers in the light."

"I actually think our Liam actually superimposed one of his own heads on it," Noel quipped.

On his upcoming visit to Croke Park with his band High Flying Birds to support U2, Noel addressed the rumour that he was bringing his mother to Dublin.

"I don't know where that story has come from – I think she might have put that out there herself, hoping to get a ticket.

Watch the video of Noel Gallagher's interview on his mother Peggy here...