A NURSE has been charged in relation to the deaths of 10 babies at a UK hospital.

Police have arrested 30-year-old Lucy Letby in relation to a number of deaths and near-deaths of babies in the Countess of Chester Hospital, Cheshire, England.

The healthcare assistant is facing 8 charges of murder and 10 charges of attempted murder from a period between June 2015 and June 2016.

She had previously been arrested and released, but Cheshire police yesterday confirmed Letby had been re-arrested on Tuesday, 10 November.

The 30-year-old is being held in custody and is due to appear at Warrington Magistrates Court later today, Thursday 12 November.

A statement from police described the charges against Lucy Letby as being connecte with "a number of baby deaths and non-fatal collapses at the neonatal unit" at The Countess of Chester Hospital. 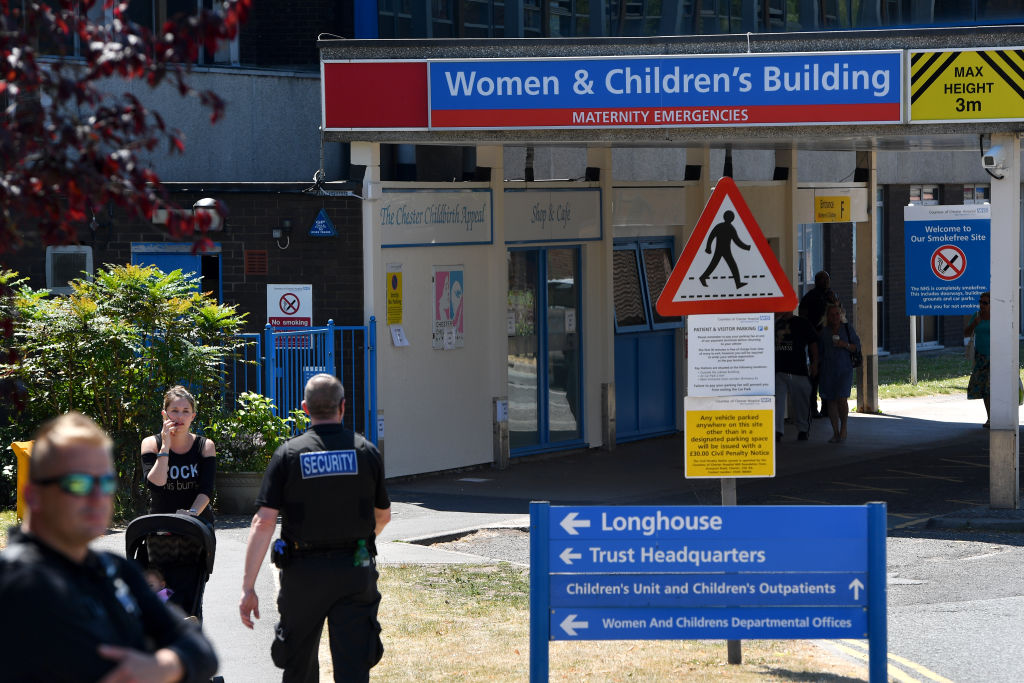 Security officers patrol outside the Countess of Chester Hospital on July 3, 2018 in Chester, United Kingdom. (Photo by Anthony Devlin/Getty Images)

"The Crown Prosecution Service has authorised Cheshire Police to charge a healthcare professional with murder in connection with an ongoing investigation into a number of baby deaths at the Countess of Chester Hospital.

"Lucy Letby, of Arran Avenue, Hereford, is facing 8 charges of murder and 10 charges of attempted murder. The charges relate to the period of June 2015 to June 2016.

"The 30-year-old was re-arrested on Tuesday 10 November and has since subsequently been charged."

Police are also seeking to remind people that "criminal proceedings against Lucy Letby are live and that she has a right to a fair trial.

"It is extremely important that there should be no reporting, commentary or sharing of information online which could in any way prejudice ongoing proceedings."

8 babies have contracted coronavirus in Ireland