Opinion: Aberdeen deserve to be top, but Ronny Deila must up his game

AFTER the international break, the Aberdeen-Celtic fixture was being built up as one of the games of the season. Tickets were hard to come by but fans on both sides were looking forward to a thrilling 90 minutes nonetheless.

Pittodrie was expected to attract one of its biggest attendances in years, and the Dons supporters felt Celtic were for the taking. They were right.

The first-half was everything you would expect from this fixture. Aberdeen looked set to cause Celtic problems, but the Bhoys had a succession of corners which were well defended by the hosts. Then, in the 35th minute, Celtic were awarded a penalty which Leigh Griffiths slotted home.

Celtic were one up but Aberdeen did everything but sit back. As the second-half kicked off there were loud roars through the stadium for an Aberdeen penalty as Charlie Mulgrew appeared to stop a Shay Logan cross with his arm. No penalty was given and Dons fans felt hard done by, but they didn’t have to wait long before they were level.

Dubliner Adam Rooney drilled home the equaliser from yet another penalty after a ridiculous challenge from Dedryk Boyata. The sides were level and, to be honest, Aberdeen deserved it.

The fouls kept on coming so it was no surprise to see one of the sides down to 10 men soon after as Aberdeen had Jonny Hayes sent off on the 72nd minute. Celtic should have taken the initiative to go and take the three points from there, but failed to deliver.

It looked as though the game was heading for a draw, but that was until Aberdeen continued to press and saw Paul Quinn touch in a Niall McGinn free-kick on 86 minutes as the Dons took top spot in the Premiership.

They extended their lead over Celtic to five points with a 1-0 win over Hamilton on Tuesday night, maintaining their remarkable perfect run of seven wins out of seven. In that sort of form, they fully deserve their place at the top of the table. 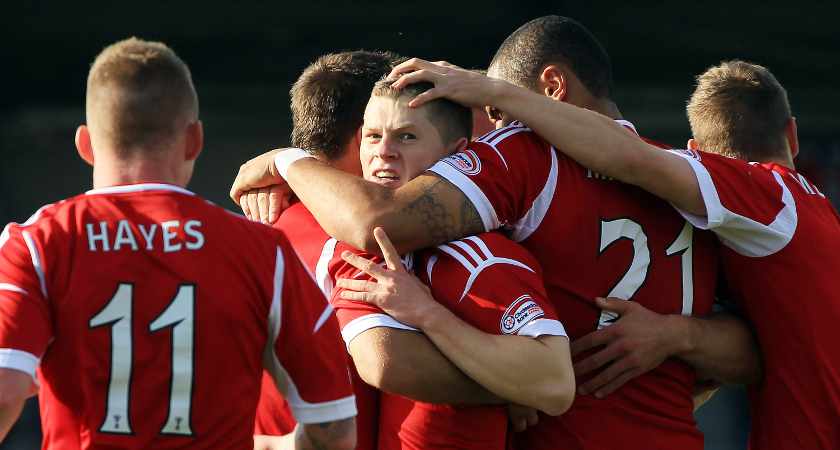 Aberdeen have a 100 per cent record in the league so far [Picture: Getty]
With Celtic being dumped out of the Champions League only a few weeks ago, it hasn’t been the greatest of times at the club, although I’m aware of the fact it could of course be a whole lot worse.

I spoke last week about the issues surrounding the club and I mentioned many fans who fail to see this as a worrying pattern. I found some fans tweeting me after the game saying “faithful through and through”, but just because I support Celtic shouldn’t mean the club should be exempt from criticism.

Some fans made the point that the Malmo loss was early on in the season and the fans' outrage was over the top. I disagree with them fans. Yes, we are still going to win the league and quite possibly by the usually mammoth points difference, but is that really good enough?

We are set to take on Ajax on Thursday and I’m not looking forward to it. Rumours started hitting Twitter yesterday afternoon about a possible rift amongst the players and management. Whether that’s true or not remains to be seen.

I made the point before that certain fans won’t question the Celtic team or the management until we someday lose the league. Now, that won’t happen for a long time yet, but still there are issues and they need to be addressed sooner rather than later.

I wasn’t Ronny Deila’s biggest fan when he joined up. I thought Celtic had gone for the cheapest option when replacing Neil Lennon, but like many I have grown to like him as a person. Whether he is the man to take Celtic forward is still up in the air though.

Would I like him to do well? Of course I would, I don’t actually know a Celtic fan that doesn’t wish him well, but just because he is a nice guy and gives a “Ronny Roar” at the end of every win shouldn’t mean he's exempt from criticism.

Time will tell whether he can deliver the type of season Celtic fans are looking for, but after being dumped out of the Champions League for the second season running and losing to our main competitor so early on, he is certainly going to have to up his game.