THE WOMAN whose tragic tale has focused international attention on Ireland’s shameful forced adoptions has called for the release of more than 60,000 records about the shocking practice.

Philomena Lee, whose story has touched people around the world in the Oscar-nominated Philomena, called on the Government to take action today.

The inspirational woman, who now lives in Hertfordshire, joined forces with Ireland’s Adoption Rights Alliance to launch The Philomena Project in Dublin.

Susan Lohan, ARA’s co-founder, said the project aims to reverse the “continued denial of the rights of at least 60,000 adopted people and an almost equal number of mothers”.

“Irish politicians have hoped that people would confuse the issue of the state-funded Mother and Baby Homes with that of the Magdalene Laundries and think it resolved,” she added.

“We will not tolerate more of their “deny ‘til we die” strategy, we want appropriate legislation now.”

Ms Lohan claimed the HSE, private adoption agencies and representatives from the Catholic Church are in possession of vast troves of information that could be used by people to track down their natural families.

Many will have suffered a similar fate to Philomena Lee and her son.

The 80-year-old was sent to Tipperary’s Church-run Sean Ross Abbey after falling pregnant as a single woman at 18. At just three-years-old, her son Anthony was taken from her and sold to an American couple. 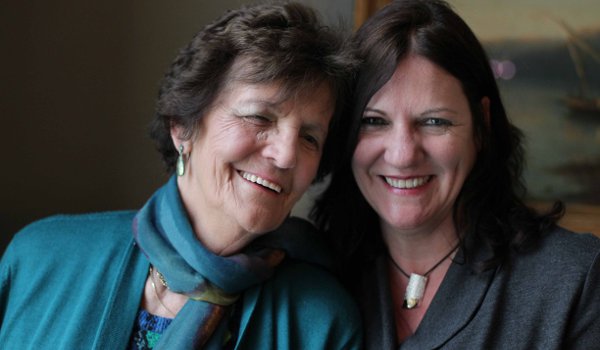 Ms Lee was given no information on where her son had been sent. Anthony, meanwhile, was told that his mother had abandoned him when he returned to Ireland years later.

Ms Lee said she and her daughter Jane established The Philomena Project after receiving a huge volume of responses from people touched by her story.

“It is my hope that this effort will help us find solutions that ensure every mother and child who wants to be reunited are able to come together once again,” she added.

The project aims to get the Irish Government to enact legislation that would allow the 60,000-plus adoption files to be made available to those seeking their natural mother or child.

Its backers have called on the Catholic Church to co-operate and plan to lobby politicians in Britain and the US.

Large numbers of the adopted children were sent to the US. But campaigners claim that many of their mothers fled Ireland for Britain.

Ms Lohan said that Ms Lee’s story has “woken up many people to the crimes committed against thousands of unmarried mothers and their children under the guise of so-called legal adoption".

The campaigner has also recruited the support of Maeve O’Rourke, a London-based lawyer who played a significant role in campaigning for the victims of Ireland’s now-infamous Magdalene Laundries.

“The right of a child to preserve her identity and family relations without unlawful interference is today recognised internationally, and without hesitation, as a basic human right,” she said.

“To afford these rights to children who are born in Ireland today, but not to all those who are still alive and whose rights were denied in the past, amounts to repeated discrimination and injustice.”

Ms O’Rourke, who is originally from Dublin, added: “Ireland is proud of its commitment to human rights standards. It needs to apply that commitment at home.”