WELSH SINGER / songwriter Cerys Matthews was the host of an event to commemorate the Easter Rising at the weekend and kicked off proceedings with a wonderful version of The Foggy Dew. 'Ireland 1916: Luton 2016 - The Poet's Rebellion' was organised by the Luton Irish Forum and took place at the Hat Factory in Luton on Saturday.

The event attracted a full house and featured guest speakers Irish Ambassador Dan Mulhall, who presented 'Ireland 1916 - A tale of two Thomases', illustrating the parallel lives of Thomas Kettle and Thomas MacDonagh who both met violent deaths during 1916, and Dr Ivan Gibbons who discussed the English and Irish perspectives of the days that shaped the history of Ireland with '1916 - What Did It All Mean?'.

The day also included an exhibition of artwork by visiting artist Declan Kerr and members of the local community, alongside a display of rare memorabilia. 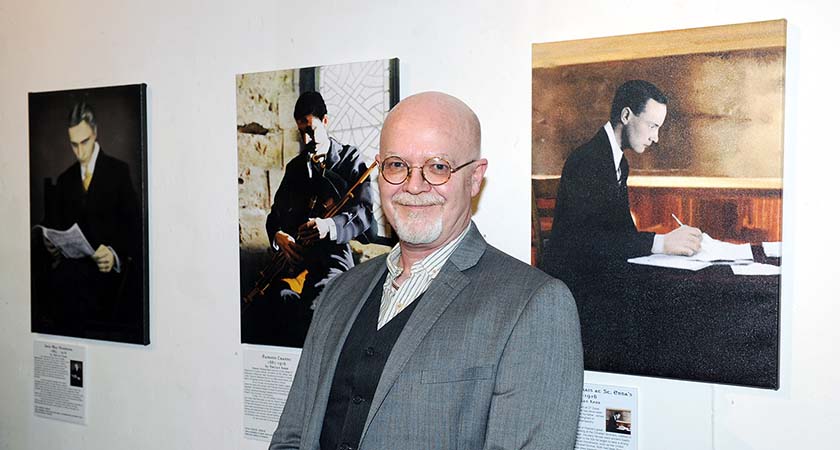 Also taking part in the day were the Next Generation Youth Theatre in collaboration with students from the Cardinal Newman school in Luton who presented 'The Easter Rising', and Kristine and Joe Wilkinson-Hughes who composed and performed a song specially written during the proceedings to conclude the day.

Click here to view more pictures from the day

Photos will also appear in The Irish Post’s print edition