IRISH senators have proposed an amendment to Ireland's Intoxicating Liquor Act to lift the ban on the sale of alcohol on Good Friday.

Under Irish law, it is currently illegal to sell alcohol in pubs and off-licences on Christmas Day and Good Friday.

It is believed the amendment will not be opposed by Government and that legislation should be in place by 2018.

In his bid to scrap the ban, Senator Lawless noted that “the Irish pub is an intrinsic part of our hugely successful tourism offering and a major employer in the economy."

“As a modern European nation we have outgrown this dated practice, and I hold this view as a citizen and Oireachtas representative, who respects all traditions and faiths,” he continued.

“During that time we have witnessed and lived through many changes in Ireland, from the abolition of Holy Hour through to the passing of the Marriage Equality Referendum and it is now time to amend the Liquor Licencing legislation in a similar progressive vein."

Speaking to The Irish Post, Senator Boyhan explained why they are pushing for the removal of the Good Friday reference. 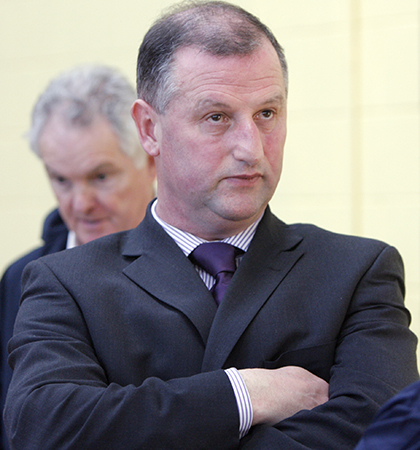 "The Act was brought in 1927, and the logic for getting rid of it is you can get drink in a private club, you can have drink on trains and in various places but you can't have it in a bar.

"Historically we know that the biggest sales of alcohol in Ireland are in off-licenses on Thursday before Good Friday and it's just a bit of a farce.

"As a tourism sector also, there are tourists walking around in Dublin on Good Friday and they can't get a drink," he said.

"The whole thing is mad."

"In 2017 it's archaic and it doesn't make sense, and we believe it should be abolished," added Senator Boyhan, who is based in the Irish capital.

Although public houses and off-licenses in Ireland cannot sell alcohol on Good Friday, there are some establishments that can.

People in train stations, ferry ports and airports are able to buy alcohol, as will visitors at dog racing tracks due to the license greyhound racing tracks hold.

Alternatively, patrons at a play or anyone staying at a hotel on Good Friday will also be able to buy a drink.

Do you think the ban on selling alcohol on Good Friday should be lifted? Let us know in the comments below...