AN AMERICAN POLICE OFFICER has been indicted on felony charges after a video emerged on social media of him continuously hitting a woman with his baton in a shop in 2017.

The woman, identified as Katie McCrary, is seen in the footage on the ground, covering her face, whilst officer Phillip Larschied stands over her striking her with his weapon.

He had initially been called to a gas station in DeCatur, Georgia, in June 2017 after reports of people shoplifting and loitering in the area surfaced. 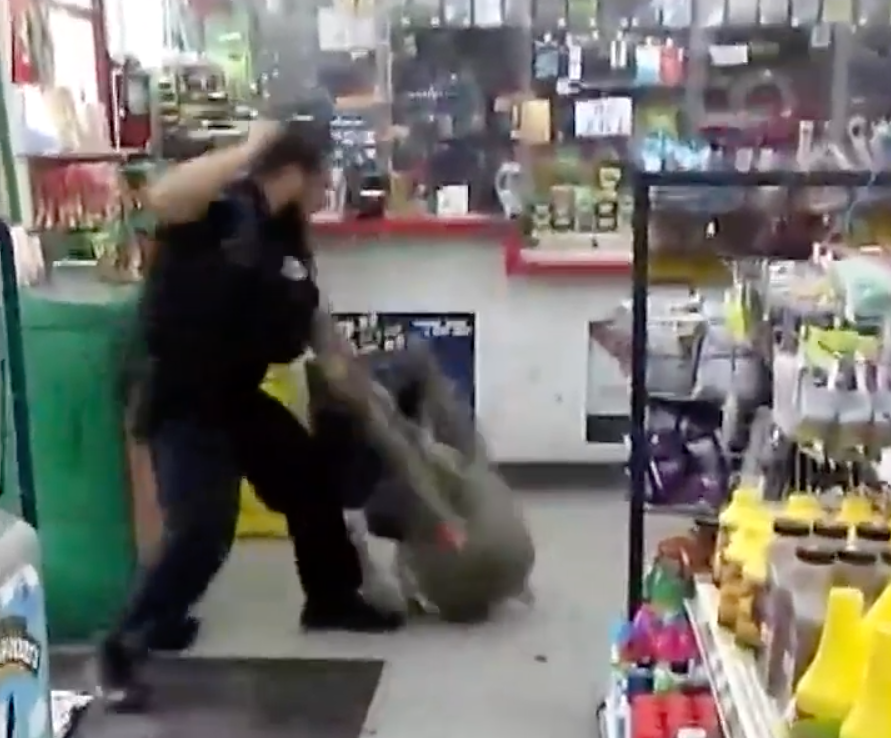 Allegedly, McCrary, who was homeless at the time, had attempted to leave the store but Larschied wouldn’t let her passed him, shortly before he struck her with his baton.

McCrary was handcuffed and taken to a local county jail, but was refused due to her injuries she had suffered at the hands of Larschied.

It was only once mobile phone footage emerged that any action was taken against the officer. 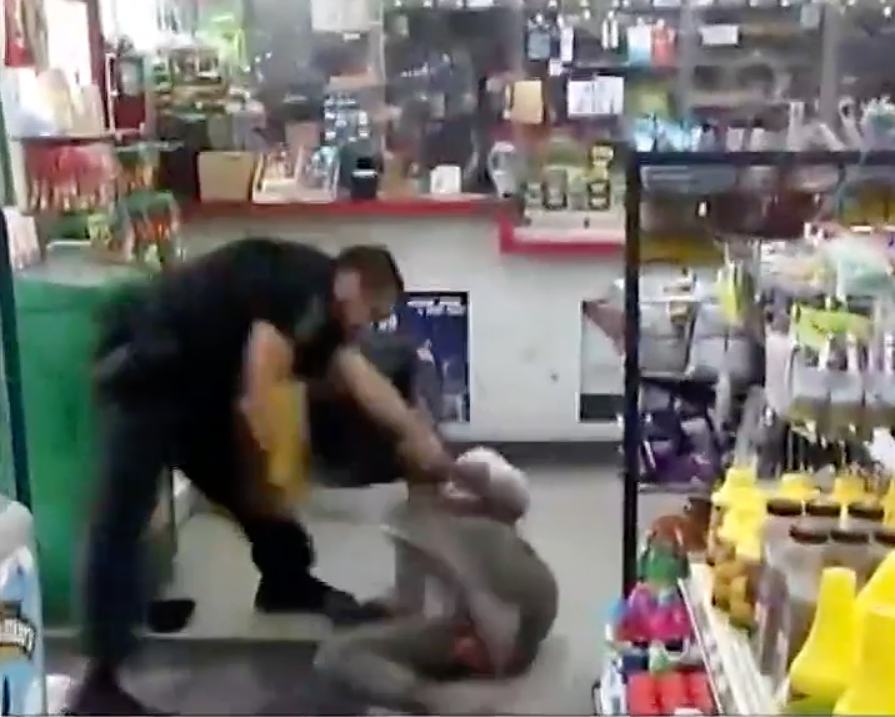 “McCrary was trying to leave the store but Larschied told her to stay so he could talk to her,” Boston said.

“McCrary attempted once more to leave, pushing into and passed the officer in an effort to go around him and exit the store.

“Larscheid then pulled out his baton and “repeatedly struck Ms. Mcrary across her legs, her arms, her back and once in the head.” Boston added.

Larschied was indicted on Thursday by a grand jury on one count of aggravated assault and one count of violation of his oath of office after he was initially cleared of any wrong-doing in an internal investigation.

Lance LoRusso, an attorney for the officer, told NBC News in a statement on Friday that Larschied is “considering his options going forward.”

“He was Officer of the Year for 2014 for the entire department and has received more than nineteen commendations during his eight years with the department,” LoRusso said.

“He certified with an ASP baton in the Dekalb Police Academy and seven times after that during annual training. He is understandably deeply concerned and taking these charges very seriously.” He added.