POPE FRANCIS has hinted that he believes Catholic priests should be allowed to marry.

Speaking at a meeting at the Vatican which saw over 250 Catholic bishops gather to discuss the future of the church in the Amazon, Francis indicated that priests, and indeed the church should not be limited by traditions of the past.

Encouraging the church to move with the times, Francis warned that Catholicism was in danger of being "smothered by the ashes of fear and concern for defending the status quo."

"If everything continues as it was, if we spend our days content that ‘this is the way things have always been done,’ then the gift vanishes," he added.

During his sermon, Francis also warned that some Catholic Church leaders risked becoming "bureaucrats, not shepherds" and urged them to have the courage of rekindling what he called the fire of God’s gift by being open to change.

While there's never been any official doctrine which prevents Catholic priests from marrying, it's effectively been outlawed since the 11th century.

High on the agenda during the meeting is this very issue, and in particular for those priests living in remote parts of the Amazon rainforest. 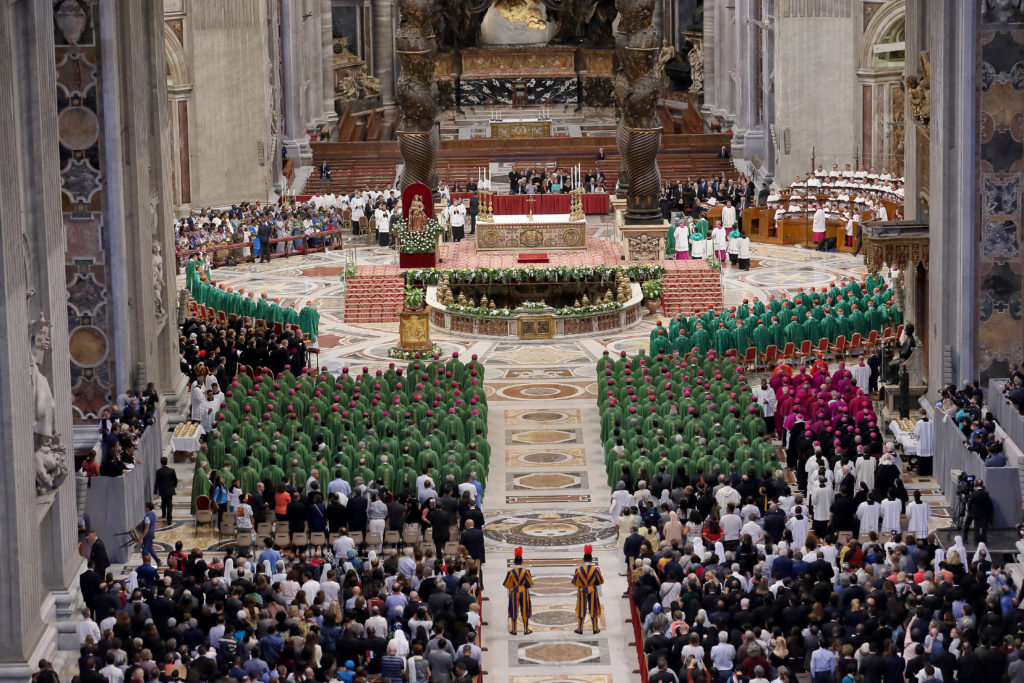 Pope Francis and cardinals arrive at St. Peter's Basilica for the opening mass of the Synod on Amazonia on October 06, 2019 in Vatican City, Vatican.

In order to keep Catholicism alive and well, the church are looking into the possibility of allowing particular 'well-respected' priests to marry, in order to address the issue of dwindling priest numbers in the area.

Only priests can consecrate the Eucharist, which is a key part of Mass. It is estimated that at least 85% of villages in the Amazon are unable to celebrate Mass every week as a result of this shortage and some only see a priest once a year.

Professor Gregory Ryan from the Centre for Catholic Studies says that due to Pope Francis' Latin American nationality, he "has an instinctive understanding of some of the challenges of that region.

"The concern of how thinly priests are spread in the Amazon region is really the fundamental thing at the root of this," he adds. "It is tied in with the very strong Catholic sense that the Eucharist is at the heart of regular Christian community," he added.

Conservative sections of the church are opposed to the idea however, stressing that celibacy is a vital part of a priests' relationship with God.

Professor Linda Woodhead, who specialises in the sociology of religion argued: "People feel that [their] priest has the time to give them and they're not intruding on someone's private life.

"That priest is there and is available for them and that is quite a special thing."