President Michael D Higgins, left, is to sign a Presidential pardon for John Twiss, right, who was wrongfully convicted of murder in 1895.

PRESIDENT MICHAEL D Higgins today signed a posthumous Presidential pardon for a man convicted of a murder in Cork 126 years ago.

Mr John Twiss was one of two people convicted in 1895 of the murder of John Donovan, who was a caretaker of a farm on the Cork/Kerry border from which a family had recently been evicted.

Donovan was taken from the house late at night on 21 April 1984 and beaten, before being shot in the arm. He was found alive by neighbours the next day, but died shortly after.

34-year-old Twiss was soon arrested alongside another man, but the only evidence against him was identification evidence from Donovan’s 7-year-old son, who witnessed the attack and identified Twiss during the second identity parade.

Two other witnesses were produced by police two months after his arrest.

The case taken against him was that he was hired to carry out the murder. The jury were convinced and he was sentenced to death by hanging.

On 30 January 1895, Town Commissioners in Fermoy wrote to the Lord Lieutenant in Dublin Castle asking him to exercise his power to grant mercy in the case.

40,000 signatures accompanied the request, however the letter was acknowledged a week later with a refusal. "The law must take its course," the signatories were told.

He was hanged on 9 February in Cork gaol. 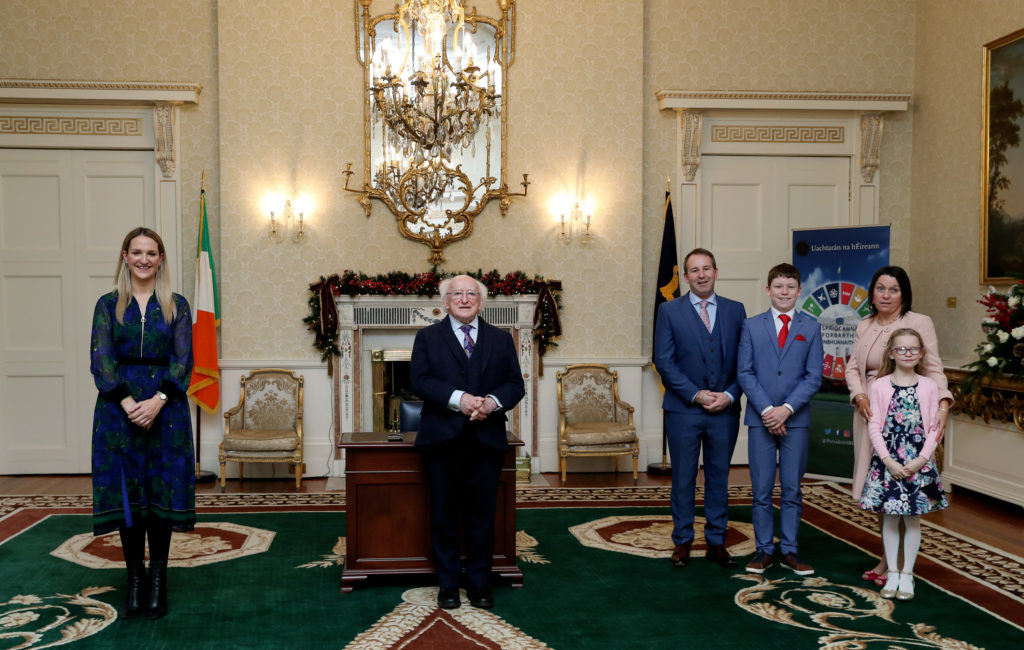 President Michael D Higgins after signing the warrant of pardon for Mr. John Twiss with ( behind l to r ) Helen McEntee T.D, Minister for Justice and Helen O’Connor, Great Grand Niece of John Twiss and her husband John and children Jack and Kate.

An expert report in recent times has shown that Twiss was wrongfully convicted.

In the report, flaws were found in various aspects of the case, including the identification evidence, witness testimony, and the conduct of the trial.

Dr Niamh Howlin, an expert in 19th century trial law and an associate professor in the Sutherland School of Law in UCD said he had been convicted "on the basis of circumstantial evidence that can best be described as flimsy, following a questionable investigation".

The pardon was granted approval by the Minister for Justice Helen McEntee on 30 November, with it being the fifth Presidential pardon since 1937 and the third posthumous pardon.

In a statement after recommending a pardon be granted, McEntee said that a very high bar has to be reached for pardons to be considered by the Government.

"The granting of a Presidential pardon is a rare occurrence and a very high bar must be reached for consideration to be given by Government to make such a recommendation to the President," she said.

"This case is quite well known, particularly in Kerry, and is regarded as a clear historic injustice. In reaching a decision on this matter, I have carefully considered the expert report commissioned by the then Minister for Justice, Charlie Flanagan TD, and the additional evidence provided by the Michael O’Donohoe Memorial Heritage Project.

"I would also like to particularly acknowledge the work of Mr John Roche who has engaged extensively with my officials on this matter."