SPECULATION is rife about what will be revealed this week after President Trump announced the release of thousands of classified documents on John F. Kennedy’s assassination 54 years ago.

The United States’ first ever Irish-American President was infamously shot dead as he rode in a motorcade through Dealey Plaza in Dallas on November 22, 1963.

Lee Harvey Oswald was found by four official investigations to be the sole gunman who opened fire from the sixth floor of the Texas School Book Depository – but hundreds of conspiracy theories have arisen since claiming he was a “patsy”.

The shadowy controversies surrounding the shooting were most famously featured in Oliver Stone’s controversial 1991 film JFK.

Tweeting over the weekend, President Donald Trump said “subject to receipt of further information” he would allow the “long blocked and classified JFK files to be opened”.

In 1992, the US Congress ruled that all documents relating to JFK’s assassination should be released within 25 years – unless the President decided otherwise.

The National Archives has already published most files related to the shooting but the last batch were held back.

The deadline for the final 3,100 classified files to be published is this coming Thursday, October 26 – but it is unclear whether President Trump will allow a full or partial release. 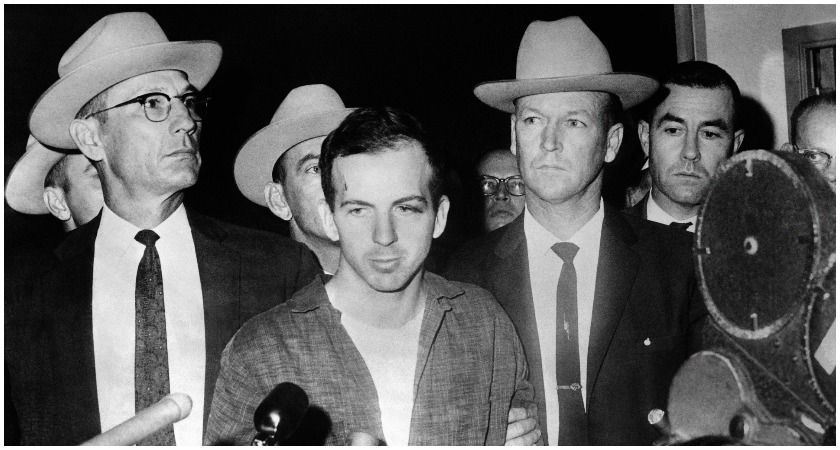 Even though their publication is required by law, “speculation has mounted among his critics that Trump might have readily agreed to release the files in order to distract from the ongoing investigation into his alleged ties with Russia”, according to The Independent.

Both JFK experts and conspiracy theorists have long hoped that the remaining files might reveal more about Lee Harvey Oswald’s time spent in Mexico City just months before the assassination.

Oswald was charged with the President’s murder but denied he had been involved, before he was himself assassinated by nightclub owner Jack Ruby two days later.

The former US Marine’s death in police custody, which was captured on television, sparked decades of speculation that a vast conspiracy may have been at play.

The Warren Commission, set up by JFK’s presidential successor Lyndon B Johnson, found that Lee Harvey Oswald was solely responsible for the assassination and acted alone.

However, in 1976 the House Select Committee on Assassinations found that there was a “probable conspiracy”.

A majority of Americans still refuse to believe the official narrative – with 61 per cent of US citizens stating that they believe more than one shooter was responsible in a 2013 poll.

John F. Kennedy’s final moments were captured in a number of photographs and videos taken in Dealey Plaza that day – the most famous being the iconic Zapruder Film.

Kennedy – whose family had roots back in Co. Wexford – was America’s first ever Catholic President upon his election in January 1961.

After dying in the arms of wife Jackie Kennedy, many of JFK’s proposals were enacted posthumously – including the ground-breaking Civil Rights Act of 1964.