AN IRISH priest has hit out at what he views as the rowdy and often drunken behaviour of some parents during their children’s Holy Communion.

Speaking exclusively to the Irish Mirror, Father Paddy Byrne condemned some parents for treating their kids’ big day as an excuse for "a p*** up".

According to Father Byrne, they act "like they are walking into Langton’s pub in Kilkenny or the Seven Oaks bar in Carlow".

He also claimed some clerics have had to serve as stand-in bouncers because of the behaviour of certain parents during the ceremony.

He also told the Irish Daily Mail on Sunday that some families use the ceremony as an excuse to flaunt wealth while some use phones during the ceremony or arrive late. 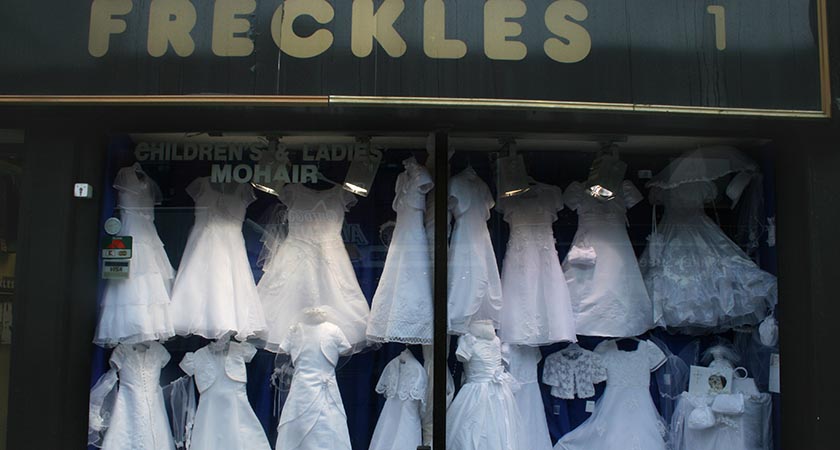 18/01/2008. Communion Dressses in a shop on Dublin's Liffey Street. As Easter is very early this year, parents are faced with having to find money for their childrens first communiuon, straight after their Christmas expendure. Picture: Adeline Pericart/RollingNews.ie

The criticism came in the wake of a change to church rules which has seen three schools in Carlow adopt new rules that mean children can now make their holy communion "on any Mass day in May or June," rather than on a specified date as a group.

Many parents have been left upset at the change to what they consider to be a time-honoured tradition and are planning to protest the plans outside of their local Mass next Sunday, October 7th.

"Children want to make their communion with their classmates and have the excitement of practicing together. Our children want to take the creed for themselves with their head held high and with their friends, offering gifts and singing with the choir.

Holy Communion and altar wine could become 'self-service' after pandemic