US POLICE have received information about an alleged plot by a militia hoping to breach the Capitol Building in a scenario not entirely dissimilar to the one that played out last January.

Capitol Police believe followers of the debunked QAnon conspiracy theory may be behind the plot, which was due to unfold on March 4 – the date QAnon followers will mark Donald Trump’s return to the White House.

According to the Washington Post, no additional details about the group involved in the plot have been provided due to the “sensitive nature” of the situation.

Despite the seriousness of the situation, the Capitol Police department insisted in a statement that it was “prepared for any potential threats.”

“We have already made significant security upgrades to include establishing a physical structure and increasing manpower to ensure the protection of Congress, the public and our police officers,” they aid.

In any case, the House moved to cancel a scheduled session while members and staff were advised to take precautions.

The Washington Post report states that Homeland Security in coordination with the FBI had issued a bulletin warning of “extremists discussing March 4th and March 6th.”

March 4 previously served as Inauguration Day prior to the passing of the 20th Amendment in 1932. Following Trump’s election defeat, many QAnon conspiracists latched onto the theory he would find a way to return to office on this date.

While FBI officials had been aware of discussions around the date, they had not previously come across any suggestion of planned violence or a plot to oust President Biden. 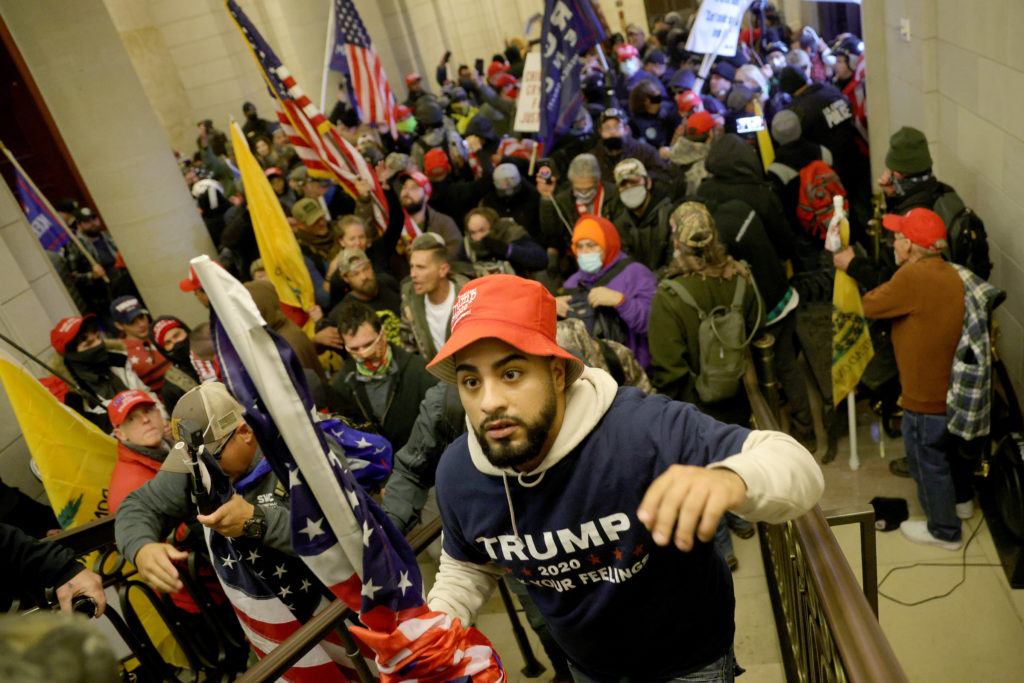 The Homeland Security and FBI bulletin nevertheless warned that “militia violent extremists” remained a viable threat in 2021 and had likely been “emboldened” by the events of January 5th.

A copy of the bulletin has since been posted online by Politico, warning of the QAnon “conspiracy theory” and of an “unidentified group” of militia violent extremists who had “discussed plans to take control of the U.S. Capitol and remove Democratic lawmakers” on this date.

The FBI remains “on alert” though researchers tracking conversations online have been keen to stress that discussions among those involved in the plot have been less intense and not as specific as the kind of discussions that preceded the Capitol riots last January.