Richard Harris died at the age of 72 after a long and successful career where he played almost every type of character possible-- from the violent Bull McCabe to the wise and gentle Albus Dumbledore, people's love for the man transcends generations.

But before he was ever an actor, he was a talented sports player.

Born in Limerick on this day in 1930, as a teenager Harris played rugby for several prominent local teams and is remembered as having huge talent and passion for the sport-- until a case of tuberculosis in his late teens left him no longer able to play.

In a complete change of career path, Harris decided to move to London to become a director, and studied acting at the Royal Academy of Dramatic Art. While studying, he produced his own West End show, a production of Clifford Oate's Winter Journey -- but while critics were full of praise, the show was a financial disaster, leaving Harris completely broke to the point where, he says, he was forced to live in a coal cellar for six weeks.

He got back on his feet through a myriad of supporting roles on stage, film and TV, as well as a singing career, before getting his first starring role in This Sporting Life, where, ironically, the Limerick man played a young coal miner who became a successful rugby star.

The peak of his success came with his roles as King Arthur in Camelot followed by a starring role in the massively successful A Man Called Horse. He played English hero but Irish enemy (to put it lightly) Oliver Cromwell in the 1970 film Cromwell, and that same year was voted the 9th most popular star in the UK box office.

It wasn't all high-flying success, though-- his Canadian film Highpoint was decidedly so terrible that it was not even released for several years.

Arguably his most popular role for Irish audiences came with the film adaption of The Field by Irish playwright John B Keane, where Harris played the aggressive Bull McCabe, a man desperate to take the land he believes is owed to him-- by any means necessary.

Eventually, his career of wide-ranging roles brought him to the character of Harry Potter's Albus Dumbledore. Famously, he was intending to decline the role except for the fact that his 11-year old Harry Potter super-fan granddaughter threatened never to speak to him again. 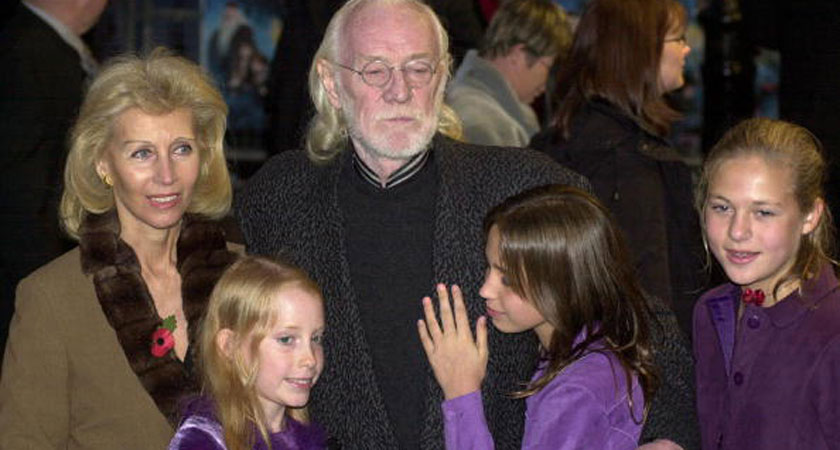 Harris and family at the world premiere of Harry Potter and the Sorcerer's Stone in London in 2001 (Image: NICOLAS ASFOURI / AFP / Getty Images)

Harris played the iconic Professor Dumbledore for the series' first two movies until his death in October 2002. Shortly before his death, he admitted in an interview that he was worried he would only be remembered for those films and not for his proud backlog of roles spanning decades.

"I don't just want to be remembered for being in those bloody films, and I'm afraid that's what's going to happen to me,"

The late, great Richard Harris can rest assured that his worries were unfounded.