IRISH POP duo Jedward have invited fans of JK Rowling to burn the Harry Potter author’s books amid outcry over comments made regarding the trans community.

Rowling has found herself engulfed in fresh controversy following the release of her new book, Troubled Blood, which features a “transvestite serial killer”.

The novel has sparked renewed transphobia allegations against the author.

Commenting on Twitter, Rowling wrote: “I’m sure there used to be a word for those people. Someone help me out. Wumben? Wimpund? Woomud?”

Now the Harry Potter creator is facing the ire of X Factor duo Jedward – John and Edward Grimes – over her perceived views of the trans community.

“Understanding is the first step of acceptance, JK Rowling and only with acceptance can there be recovery,” Jedward wrote.

“It matters not what someone is born, but what they grow to be.

“Every human life is worth the same and worth saving.

“We couldn’t be more proud of our fans," they added.

“Over the years seeing the growth and development finding who they are and becoming their true authentic selves!" 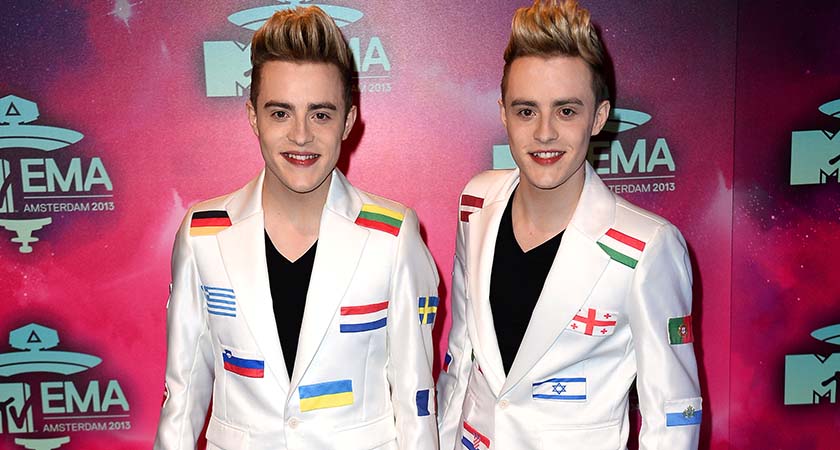 The twins later suggested fans burn copies of the new book in protest.

“Does anyone need firewood this winter?” they asked followers.

“JK’s new book is perfect to burn next to a Romantic fire.

“Aww get all cosy and comfy can’t wait.”

Piers Morgan then appeared to come to Rowling’s defence, responding: "If we're going to start burning things - which we shouldn't - I'd rather start with your entire musical back catalogue. fyi."

Undaunted, Jedward fired back at the Good Morning Britain host: "It's a joke Piers, you know like you’re life. lol.

"Supporting a book about a serial killer man who dresses as a woman to kill his victims that's being released when trans people are actually being targeted and killed isn't a good look, even for you..."