CONOR McGREGOR has lined up another Irish star to perform the national anthem at the UFC star’s fight with Floyd Mayweather after Bono was unavailable.

“We called Bono first, he said he wanted to do it but he’s got a wedding this weekend,” said McGregor’s promoter Dana White this week.

“You can’t call these guys with three days’ notice, you know what I mean?”

However Dublin singer Imelda May has now stepped into the breach after revealing on Twitter that she has been asked to perform Amhrán na bhFiann at the 20,000-capacity T-Mobile Arena in Las Vegas.

May was due to play the Down on the Close festival in Rugby, Warwickshire, but has now reportedly jetted off to Nevada after a personal request from fellow Dubliner McGregor.

Here's the news! I’ve been asked to perform the National Anthem ahead of the #mayweathermcgregor fight in VEGAS!??Let’s go McGregor!! ?????

UFC President White had been left with just three days to find a singer after a mix-up with broadcaster Showtime over whose responsibility it was to book the act. 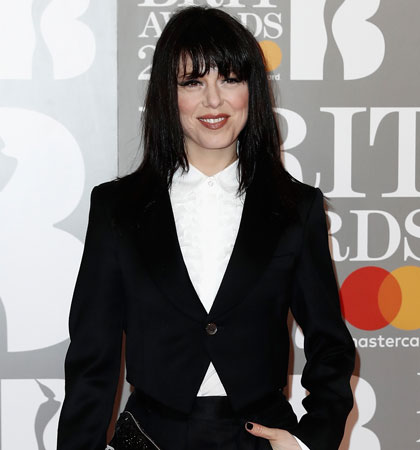 Imelda May will sing in front of a TV audience of millions (Image: Getty)

They have now secured the services of one of Ireland’s most talented artists, with May seeing three of her last four albums hit number 1 in Ireland, while her last three albums have also reached the top 10 in Britain.

However performing at the McGregor v Mayweather boxing match – projected to be the second highest grossing fight of all time – could give the singer from the Liberties the perfect platform to catapult her international stardom.

Two of May’s albums have broken into America's Billboard 200, but with 50 million expected to tune in to the fight in the US alone as part of a potential global TV audience of 1 billion, she could see her profile – and sales – skyrocket.

The gig is a major coup for the singer, who ditched her trademark Rockabilly style for the release of her latest album, Life Love Flesh Blood, earlier this year.

A statement from Down on the Close festival said: "We are devastated, as we are sure lots of Imelda May fans are, about this short-notice cancellation, however we do understand why Imelda has made the decision to accept this new opportunity.”