The Americans are famous for a number of sports worldwide, but rugby isn't one of them (sorry).

It's somewhat surprising, given the fact that in lots of ways rugby is very similar to American football. Tactically they couldn't be further apart, but the physical demands and techniques are very much fruit from the same branch.

The United States don't just have a rugby team, they have a fairly good one given that rugby is listed as the 21st most popular sport in the country - wedged between bowling and gymnastics.

They're currently ranked as the world's 13th best side, but do they stand a chance of glory in Japan this autumn (oh, sorry - this fall)?

On Thursday, the Eagles, as they're known, will face England in their opening fixture of the 2019 World Cup. Their odds aren't great, but they're not as bad as you might think. 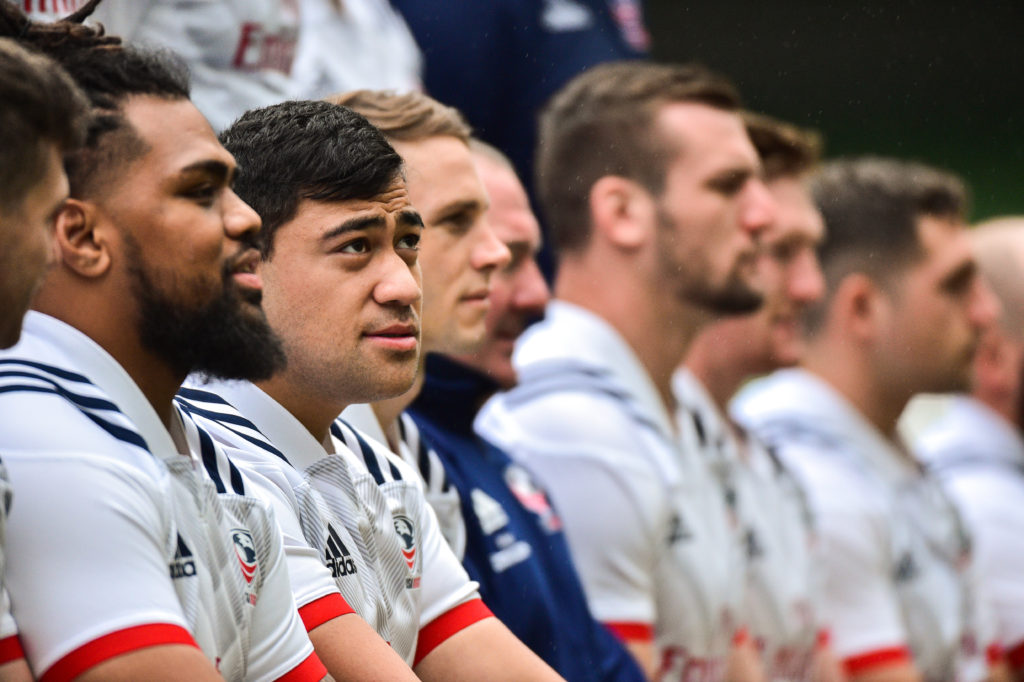 This'll be their eighth World Cup campaign. In fact, the Americans have only failed to qualify for the tournament once since its inception in 1987.

While they've never managed to emerge from the pool (group) stage of the competition, they've never really been blessed with favourable draws.

This year is no different. In a pool with England, France, Argentina and Tonga, America's chances are once again, slim. Despite this though, confidence in the camp is arguably higher than it's ever been.

Four members of the squad play in the English Premiership, while another 12 ply their trade in world-renowned leagues such as Super Rugby - the highest division for Australian, New Zealand and South African club sides, and the Top 14 - France's highest division.

Americans are now slowly making waves in the world of rugby, which for the most part has been dominated by Northern European and Southern Hemisphere sides, both internationally and domestically. 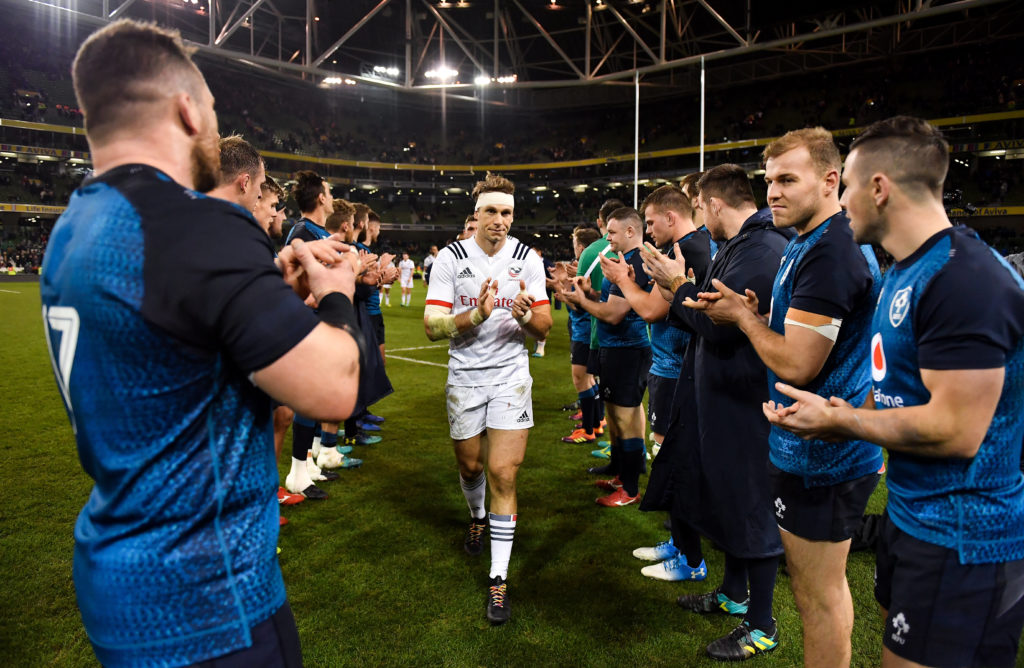 The USA team, led by Blaine Scully, are applauded off the pitch by the Ireland team after the Guinness Series International match between Ireland and USA at the Aviva Stadium in Dublin.

The US captain is Blaine Scully, who's spent a career playing for Leicester Tigers in England and Cardiff Blues in Wales, will attempt to lead an assault on the nation who gave him his first shot at the big-time in the sport, on Thursday at the Kobe Misake Stadium in Kobe City, Japan.

The US and England have met five times in the past, the last of which coming at the 2007 World Cup. England have won all five, but things are different now.

In the 12 years since their last fixture, the landscape of American rugby has shifted. The sport's popularity has been steadily on the rise, participation is up, facilities have improved and now America boasts a side that could soon break into the top ten in the world. 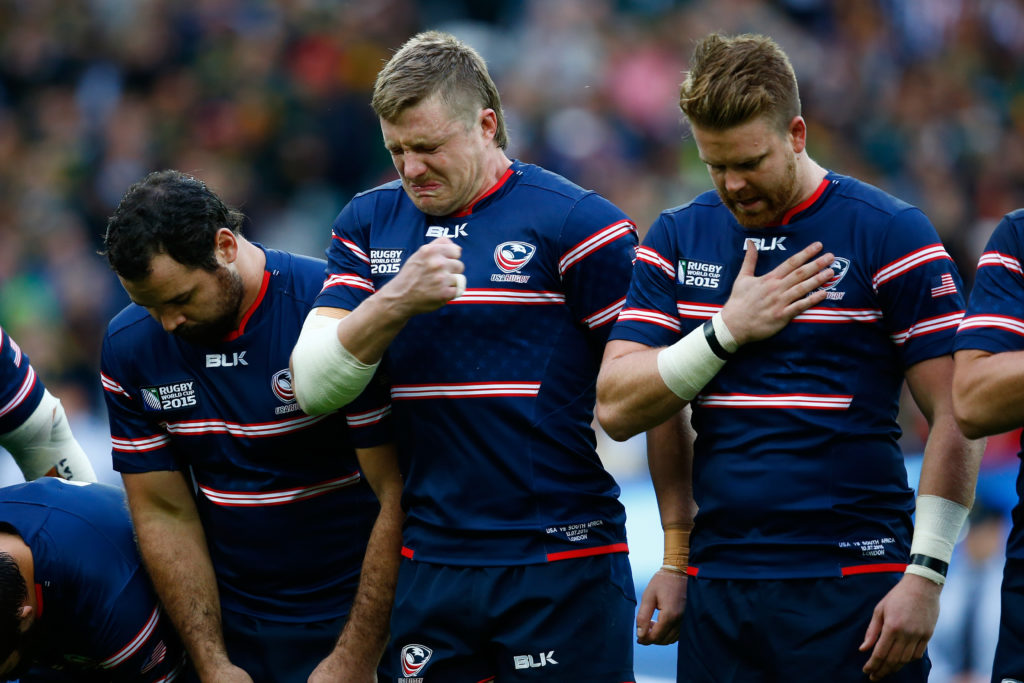 To demonstrate their new-found pedigree, the Eagles recorded a famous, nail-biting victory against Scotland in June last year, winning 30-29 in front of a packed-out crowd in Houston, Texas.

Toppling giants was once a pipe-dream, now it's an attainable target. And with the World Cup in their crosshairs, the timing for America couldn't be better.

US head coach Gary Gold admits his side are underdogs, but that they're excited by the prospects of not just America's future in the sport, but the here and now as well.

"You need to match fire with fire," Gold said ahead of Thursday's bout.

"When the power and the pace comes from England, we need to have the vigour from a defensive point of view. That’s the idea, although it’s a lot easier said than done.

"We understand the magnitude of what’s coming and we’re excited about it.

"We want to play against teams of the ilk of England because we need to improve. We’ve got massive respect for them - they’re not World Cup contenders for nothing."

A great opportunity now lies in wait for the US team. Not just the chance to properly showcase themselves in an emerging sport (stateside anyway) for the first time, but also to win a 'World Cup' in a discipline where more than one country takes part (*wink*).