THE EMERALD ISLE has its fair share of haunted houses, scary stories, and supernatural folk lore, and ahead of this Halloween, we are going to share with you the stories behind seven of its spookiest spots.

1. The Hell Fire Club is a scorched out, abandoned, and crumbling house, nestled in the Dublin Mountains. But the spirit of this old hunting lodge can still be sensed by the lingering smell of brimstone from fires lit over past few centuries. Built in 1735 on a Neolithic passage tomb, the lodge was used by a cult made up of a group of Lords and noblemen, known as the Hell Fire Club, to practice debauched acts, or black masses, in the hope of summoning Satan. It was one of several exclusive organisations using the name Hellfire Club that existed throughout the British Isles in the 18th century. The lodge has had a number of names throughout the years, including "The Haunted House", "The Shooting Lodge", "The Kennel", and "Conolly's Folly". Visitors are said to experience an eerie presence and some even claim to have seen demonic figures roaming the grounds. 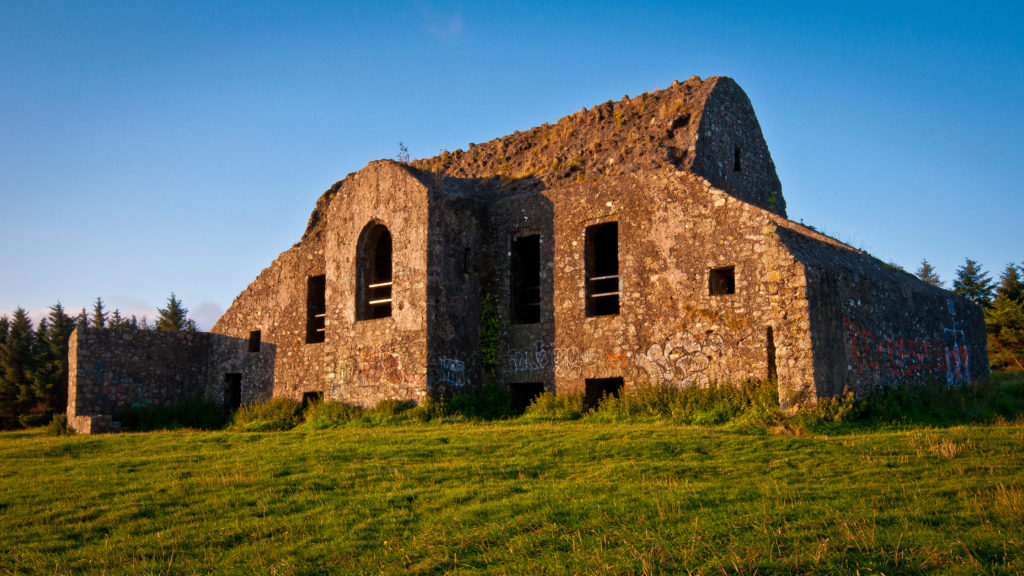 2. The Aughrim battlefield and its Jacobite ghosts, Co Galway, is a sprawling cemetery haunted by the screams of the massacred Jacobite army, or so the rumour goes. Resting below this hallowed ground are the remains of thousands of Jacobite soldiers slaughtered by Williamite forces in perhaps the most decisive battle in Ireland’s history. The brutal scene was immortalised in Thomas Moore‘s poem Forget Not the Field.

The first stanza of the poem goes:

Forget not the field where they perish'd,
The truest, the last of the brave,
All gone -- and the bright hope we cherish'd
Gone with them, and quench'd in their grave!

The bodies of the fallen soldiers were left for more than a year until only their bones remained to remind passers-by of what once happened there. On the day, large pools of blood drained to a point in the field that is still known as The Bloody Hollow. 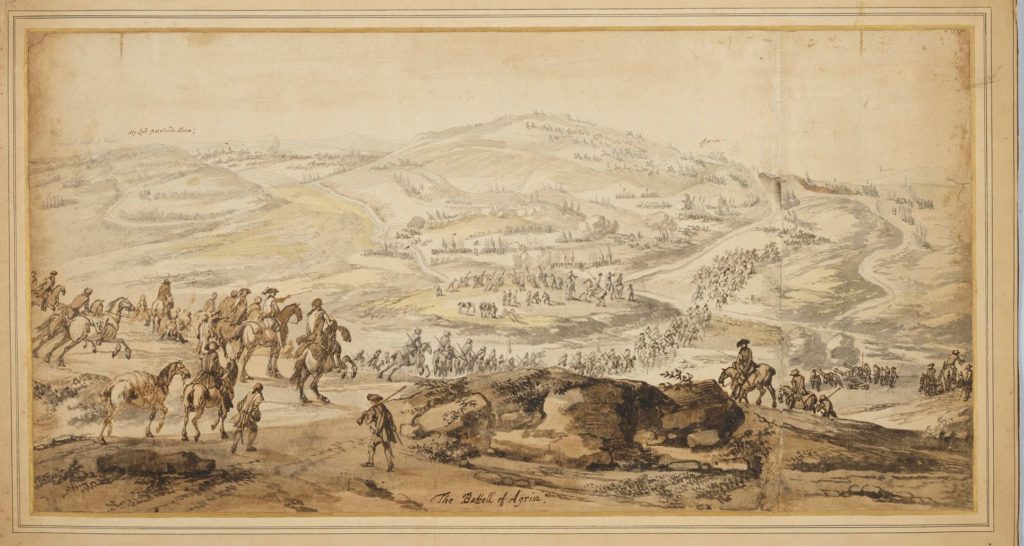 View of the Battle of Aughrim, 1691, from the Williamite lines, looking toward the Jacobite positions. Source: Jan Wyk, via Wikipedia.

3. Lady Isobel and the Phantom Children is a story you’d perhaps rather hear after checking out of the refurbished hotel that now sits atop of this haunted location. A previous owner is rumoured to have locked his wife, Lady Isobel, in a tower because she couldn’t bear him a male child, and heir. To avoid an agonising and drawn-out death by starvation, Isobel climbed out of her window, hurling herself onto the rocks below. Guests at the hotel have reported sightings of her spectre and phantom children lurking around the grounds and in the corridors.

4. Cork District Lunatic Asylum has to be one of the most spine-chillingly spooky places in all of Ireland. The contorted and tormented shrieks of its ghostly inmates have been heard throughout the empty halls of the abandoned asylum, built in in 1798 by William Saunders Hallaran, for decades. Hallaran was the author of the first book on Irish psychiatry and inventor of “Hallaran‘s Chair”, a rotating chair that spun hysterical patients at a mind boggling rate of 100 times per minute. 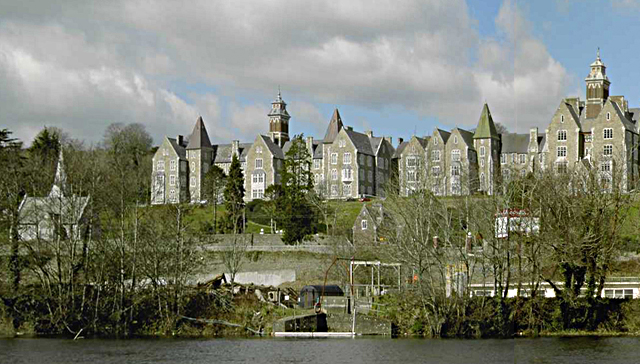 5. The story of the White Lady is one that has given the inhabitants of Co Cork the heebie-jeebies throughout the ages. Charles Fort is an impressive star-shaped garrison reminiscent of a medieval Pentagon building. Located on the water’s edge at the southern end of the village of Summer Cove, this once sturdy stronghold has borne witness to much bloodshed. Despite the monumental battles that have raged outside its walls, it gets its haunted credentials from a more personal tragedy involving the daughter of the fort’s commander. She was set to marry one of the officers stationed at the fort until her betrothed was brutally murdered by her own father. Opting for death rather than enduring the throes of a broken heart, the bride-to-be flung herself into the ocean. Her body was lost to the deep, but her soul – still in bridal attire – returned to haunt the grounds. If you are ever in this neck of the woods, watch out for the White Lady…

6. The Jester’s Curse of Malahide Castle has all the ingredients of a Shakespearean tragedy rewritten by Stephen King. This medieval fortress on Dublin’s coast hosts the spirit of Puck, a murdered jester. According to the legend, he had fallen in love with one of Malahide’s prisoners, Lady Elenora Fitzgerald. When Puck’s secret was discovered he was stabbed in the heart and with his last utterance, swore to remain on the grounds, haunting the castle forevermore.

7. Home to the first recorded witch trial in Ireland, the Ghost River of Kilkenny is up there in the supernatural hall of fame – or, rather, infamy. During a great flood of 1763, a crowd was bustling across John’s Bridge when it collapsed, drowning 16 people – weighed down by heavy clothing materials and unable to swim – in the swollen Nore below. Tales of ghostly figures and contortions in the river have been told by locals ever since. No wonder Kilkenny has been named one of Europe’s scariest places, according to the European travel magazine Travel+Leisure.