THE OCCUPANTS of a home in Dublin had a lucky escape yesterday after a vehicle crashed in to the front room of their house.

Firefighters and Advanced Paramedics from the Phibsborough area of Dublin were called to a road traffic accident yesterday morning which caused a car to skid and crash into a terraced house in a residential area. 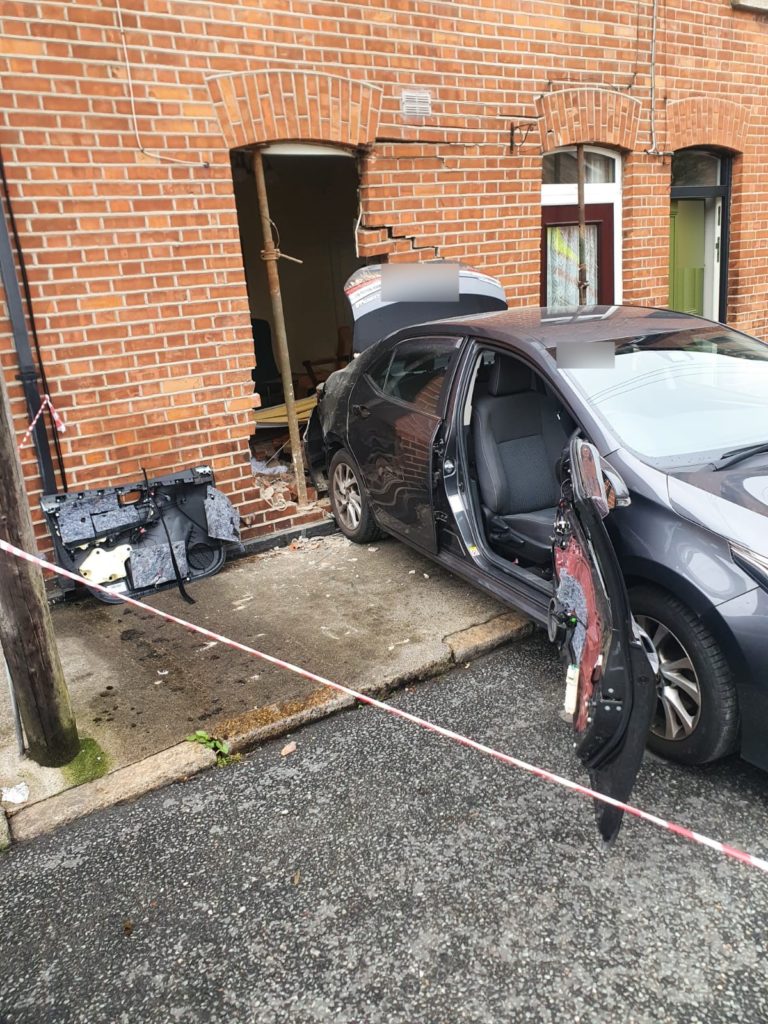 One person was removed to hospital for treatment, but miraculously, there have been no reports of life-threatening injuries from the incident.

The Dublin Fire Brigade shared shocking images of the devastation left by the incident, with the car halfway into the front room of the house and bricks, glass and other debris scattered around the room. 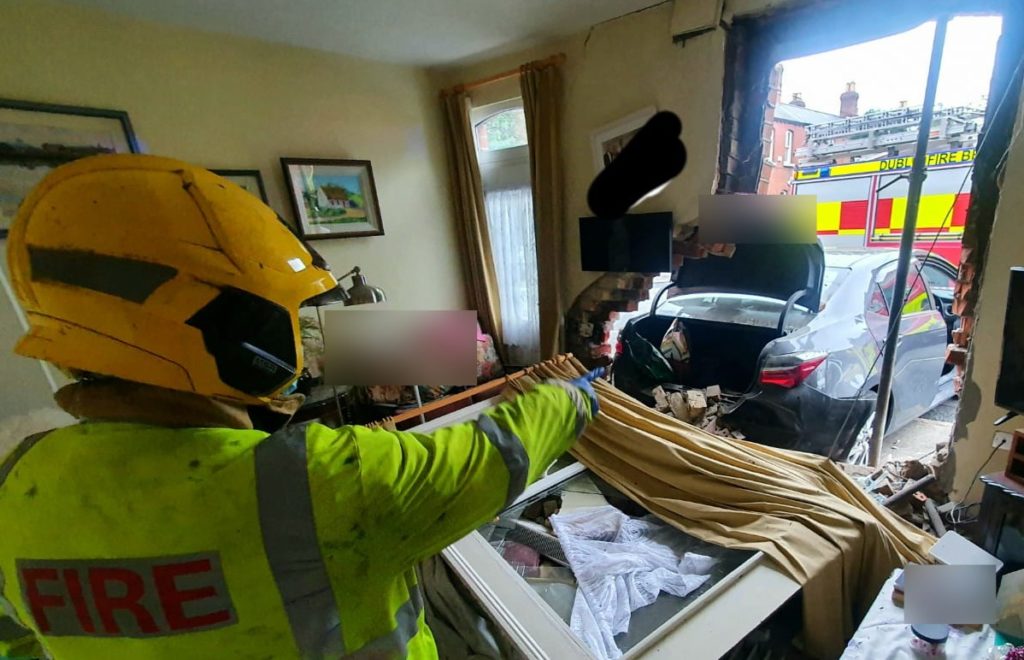 An image of the car showed that the passenger door of the black vehicle appeared to have been wrenched back, indicating that firefighters may have had to fight to get an occupant out.

A further image, taken of the outside of the house ,showed the extent of the damage as firefighters could be seen working through a hole in the wall.

The scene was sealed off as firefighters worked to stabilise the area and ensure no further damage to the property. 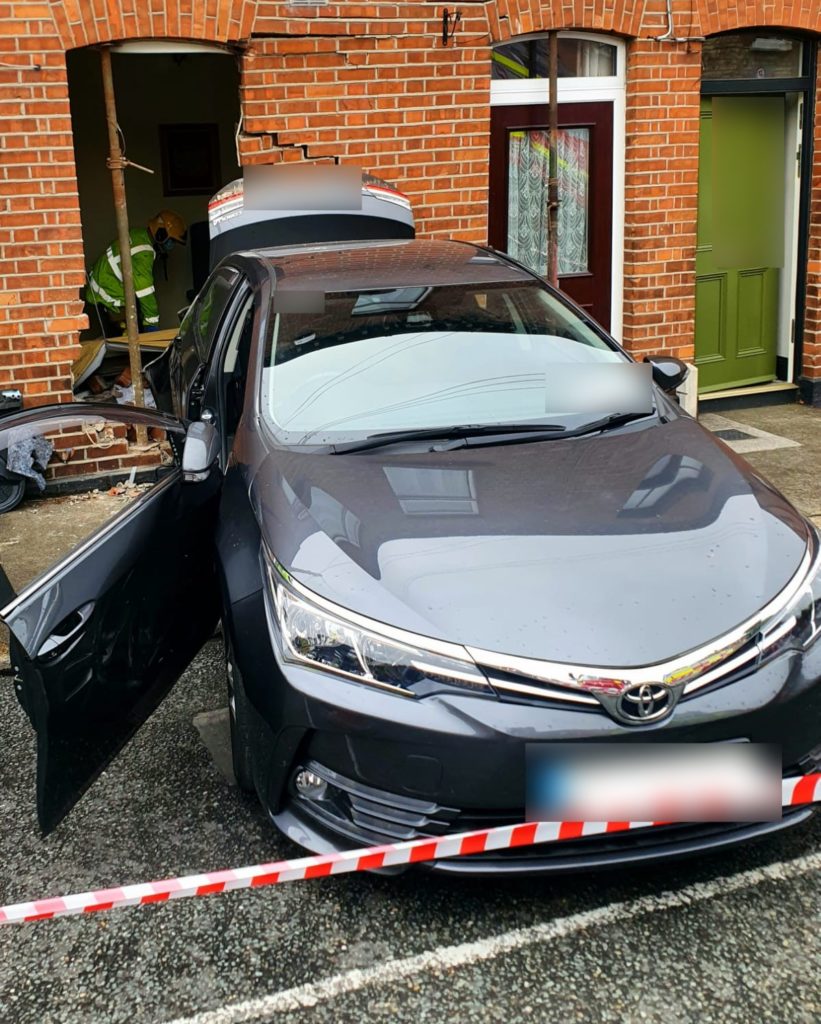 "Two fire engines including an emergency tender and one ambulance attended the incident" in Dublin, a spokesperson for the Dublin Fire Brigade confirmed in a statement on social media.

"The property was stabilised and the scene made safe."

There are no further details on what caused the crash or if there was another vehicle involved.

A later statement from the Fire Brigade confirmed that the Dublin Fire Brigade responded to the call at around 8.30am yesterday morning.

"One person was removed to hospital and the dangerous buildings section of Dublin City Council also attended the scene."