SHOCKING photos have been released showing a car flipped on its roof by a driver 'under the influence' on a rural Irish road.

An Garda Síochána's southern region division for Cork, Kerry and Limerick posted the images on their social media on Monday, October 9.

In the photos, a saloon-type vehicle can be seen flipped onto its roof near a ditch on a rural road near Fermoy in Co. Cork. 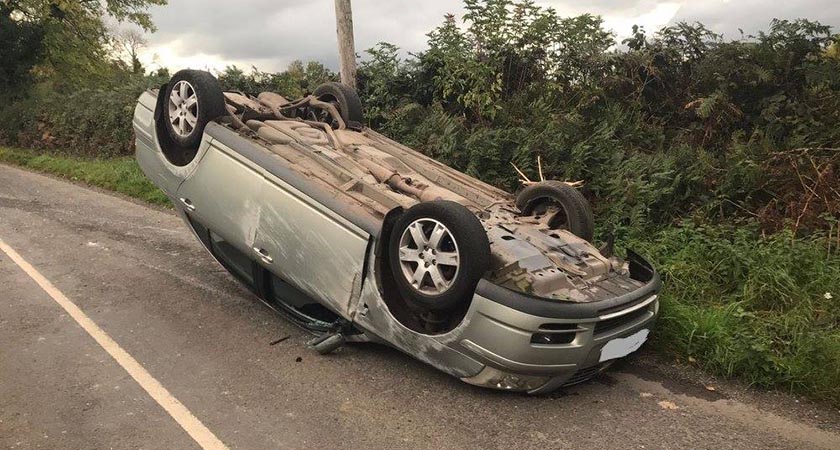 The vehicle was flipped onto its roof on the rural road. (Picture: An Garda Síochána/Facebook)

On their social media, An Garda Síochána said: "Gardaí in Fermoy received a report of a single vehicle road traffic collision near Fermoy.

"The driver was arrested at the scene on suspicion of driving under the influence.

"Luckily, on this occasion, nobody was hurt.

"Please, please don't drink and drive," they continued. "There is no excuse, arrive alive."

See the images in full here...

Earlier this evening, Gardaí in Fermoy received a report of a single vehicle Road Traffic Collision near Fermoy. The...