Starbuck, one of the rescued Shetland ponies (Image: ISPCA)

TWO Shetland ponies that were so malnourished their ribs were visible have been seized by the ISPCA and taken into care.

The pair were part of a group of four Shetland ponies and a foal that were found to be extremely underweight at a property in Dunboyne, Co. Meath.

The hardy stock are bred to survive in tough conditions and live on sparse forage, so their emaciation was all the more shocking for IPSCA inspectors.

The ponies were discovered with only a months-old bale of rotten and inedible silage in their enclosure, indicating they had not had sufficient food for some time. 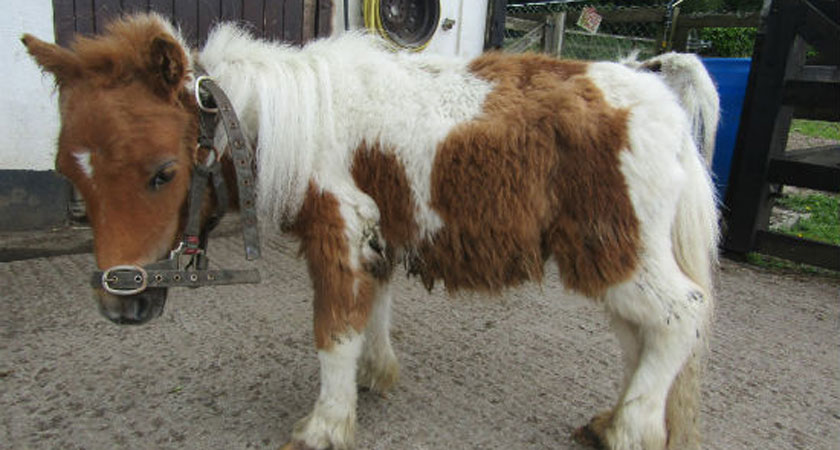 “You could see the ribs quite clearly on two of them,” said ISPCA Inspector Elaine Reynolds, who discovered the ponies after a tip-off from a member of the public.

“They were so malnourished that once they were brought to the National Animal Centre (NAC) they had to be introduced to food slowly, as refeeding syndrome was a concern.”

When the ponies were assessed at the NAC, three of them presented with respiratory issues, including fluid in the lungs and an infrequent but persistent cough.

They have been seen by a vet and continue to be treated and closely monitored at a facility in Longford. 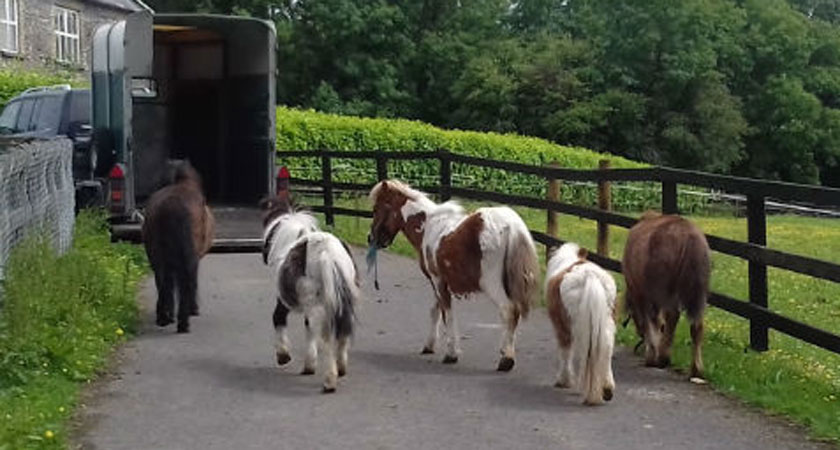 The animals had to be reintroduced to food slowly (Image: ISPCA)

“They are all remarkably friendly considering the situation they were found in, and I am confident they will all make great pets once they are ready to be re-homed in coming months,” added Inspector Reynolds.

The ISPCA intends to re-home the ponies in pairs where possible.

The mare and foal are named Justine and Buster, the brown gelding is called Apollo, the skewbald mare is Boomer and the piebald mare is Starbuck.

An investigation to locate the ponies’ owner is ongoing.