FOUR MEN arrested in County Offaly are believed to be members of a 'hit team' from South America.

Gardaí believe the men, aged in their 30's and from Brazil, were contracted to shoot someone as part of an ongoing feud between criminal gangs within the travelling community.

RTÉ News reports that armed officers from the Emergency Response Unit intercepted the men near Clara in County Offaly on Wednesday, 27 May, and seized a number of weapons and rounds of ammunition from a van and car in which the men were travelling.

A machine gun and sawed off shotgun were among the weapons seized. 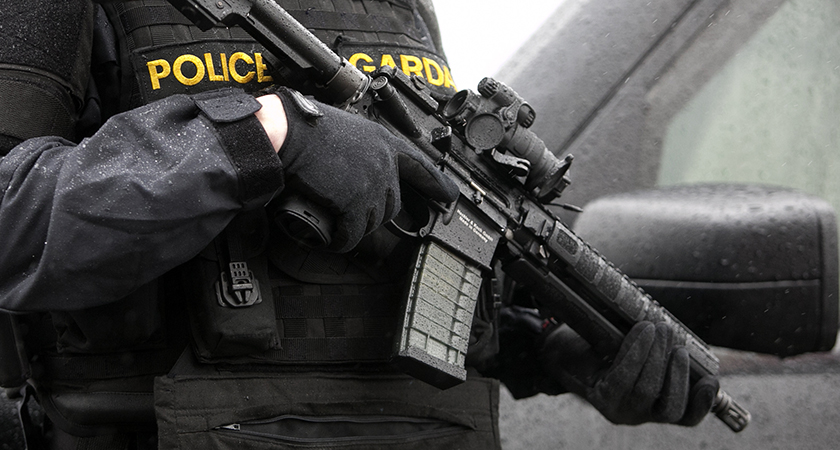 It is believed that the 'hit team' were hired to murder a man who owed a drug debt of less than €100, which led to an escalation of the feud.

Reports indicate that multiple addresses in Dublin have been searched by Gardaí following the arrests.

The men are being held in separate Garda stations in Tullamore and Portlaoise, where they can be detained for up to three days for questioning, and Gardaí are attempting to establish their identities and how long the four have been in Ireland.

It is understood that one man had been due to leave Ireland today, 28 May.