A PAIR of iron stirrups that King William of Orange wore at the Battle of the Boyne have been left on the shelf after they failed to sell at auction.

The historic item had been expected to pull in between £40,000 to £60,000 as part of the Exceptional Sale at auctioneer Christie's in London.

But the equine accessory failed to sell after bidders decided they wouldn’t stump up the cash to meet the reserve price.

The stirrups were worn by King William III – King Billy to his admirers in Northern Ireland – at the Battle of the Boyne in 1690.

The battle is arguably the most famous in Irish history and paved the way for the continued Protestant ascendancy in Ireland.

Given that Orangemen are currently preparing for their annual Twelfth of July celebration of that victory over Catholic King James II, it was thought the sale was impeccably timed – but that was obviously not the case.

Speaking ahead of the sale, Historian Dr David Hume said the stirrups are "a very significant artefact", but added that the high asking price could put potential buyers off. 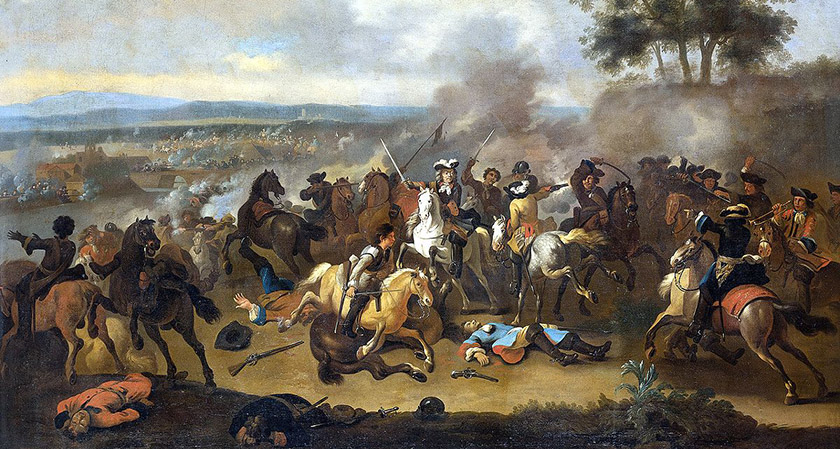 The Battle of the Boyne is one of the most famed battles in Irish history (Picture: Wikimedia)

“It’s not often items like this come on the market,” Mr Hume told the BBC.

“But the success of the auction depends on who is interested as the estimated price seems quite high for a pair of stirrups.”

This prediction proved correct – as it is understood that he high sale price of the items prevented the Orange Order from planning a bid.

Marked with the crowned cypher of Charles I and crafted in 1626, the stirrups were given by King William to his aid Sir Frederick Hamilton.

They were then passed on – along with the saddle, cloth and pair of gloves used at the Boyne – to Colonel Edward Cary in 1732 and then Lt Col William Blacker in 1797.

They were eventually handed over to the Grand Orange Lodge of Ireland for safekeeping, before being acquired by descendants of the Blacker family.

A manuscript written by William Blacker records that a horse wearing the stirrups – at the head of a parade of Orangemen in 1837 – required a team of men to beat back the crowds, as “there was a multitude, particularly of old people, both men and women, who strove to kiss or touch the relics as they passed along”.