BONO HAS written a heartwarming open letter to Sinéad O'Connor where he details the profound affect her music has had on him.

The U2 frontman posted the touching letter to Twitter, where he has been sharing the stories behind his list of inspirational musicians who have been the soundtrack to his life as part of his 60th birthday celebrations.

The latest musician to receive a letter is Irish icon Sinéad O'Connor, who the U2 frontman says made him feel like 'I had stumbled upon a new land' when he first heard her as a teenager.

"I heard your voice first as a teenager," he wrote. "Maybe you were 15 or 16. It was a demo of a song called [Take my Hand] from Steve Wickham's newly formed band in Tua Nua and I felt I had stumbled upon a new land with its own unique voice.

"I was as impressed as everyone else with all the great singing and songs along the way," he continued, "but the next time I was moved like this was at a solo show here in Dublin where you sang [You Made me the Thief of Your Heart] and you stole my heart all over again."

O'Connor had performed the song as part of the score for Jim Sheridan's film In the Name of the Father, which depicted the true story of the Guildford Four-- Irishmen in England who were falsely accused and imprisoned for the pub bombings which killed five people.

The song itself, though performed by Sinéad O'Connor, was written by Bono-- and he clearly thought she had mastered it.

"It was recorded in STS studios Dublin with great sensitivity by Tim Simeon... you lit candles."

The Finglas-born rocker signed off the letter with "Peace be upon you".

Have a read of the touching letter below, and for the rest of Bono's messages to his biggest influences and the list of '60 songs that saved my life', you can visit the U2 website here. 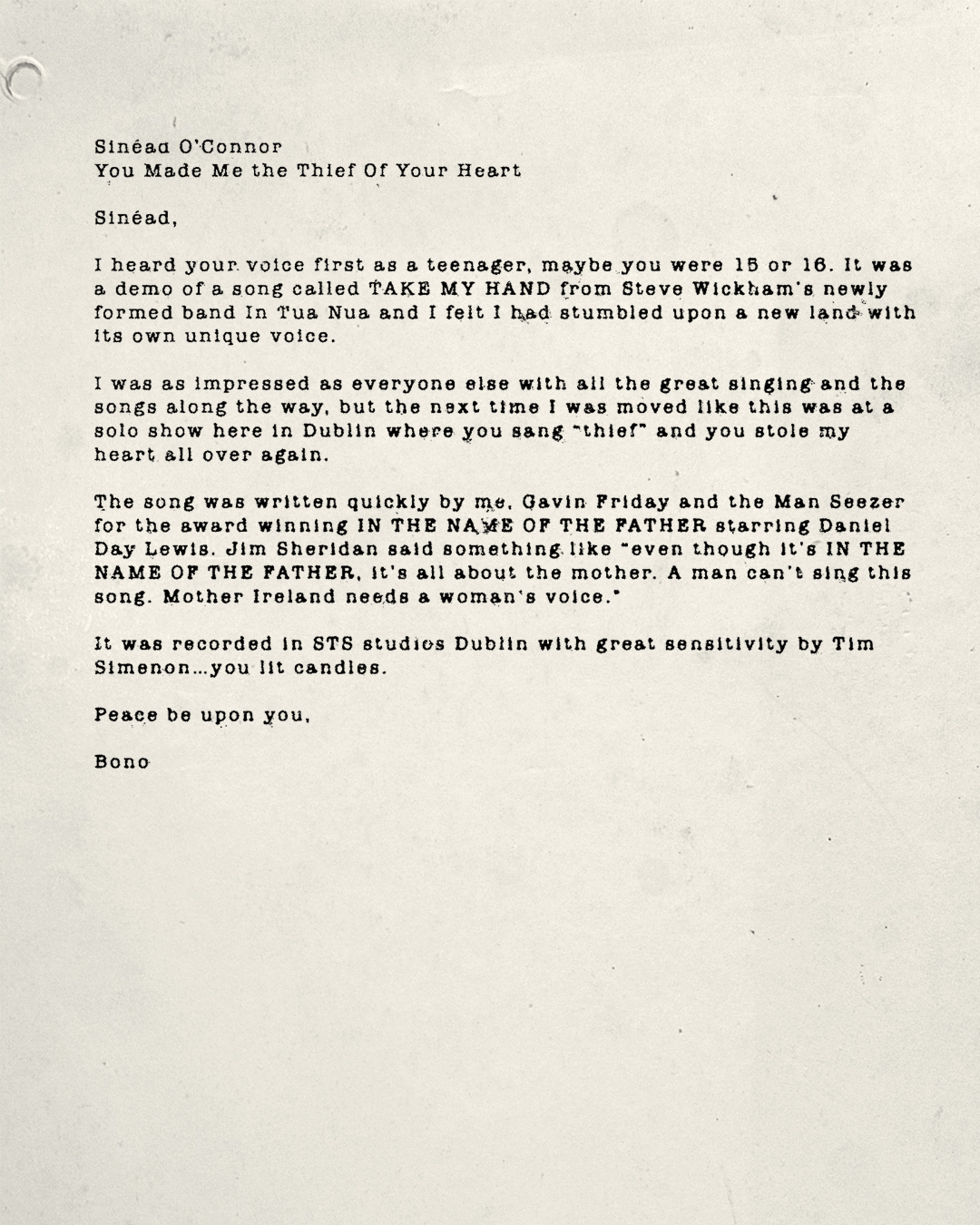 See More: Bono, In The Name Of The Father, Sinead O'Connor, U2