A NUMBER of Viking remains found in Ireland have yielded surprising results after undergoing DNA analysis.

A new study published by leading nature journal-- aptly named Nature-- has revealed that many of the Vikings who arrived on Irish shores did not have the blonde hair and blue eyes normally associated with Scandinavian countries.

Rather, much of the invaders who eventually settled on the Emerald Isle had dark hair, a common trait still found in many modern Irish people-- and it seems their ancestry can be traced back to Norway.

The report, seen by The Irish Independent and which was published as part of the largest-ever DNA analysis of Viking remains, used genomes from three males and a female who were buried in Irish Viking burial grounds in Dublin and Galway.

The six-year-long study also found that while the Irish are descended largely from Norwegian Vikings, our closest neighbours in England were more strongly influenced by Danish settlers-- and that the Viking World may have stretched as far as Asia. 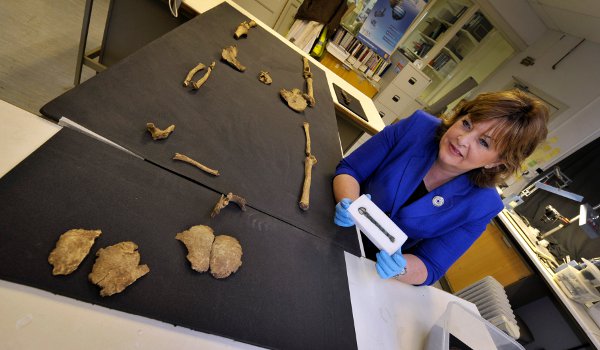 A belt found with a skeleton which may be that of Olaf Guthfrithsson - an Irish Viking who was the King of Dublin and Northumbria from 934 to 941 – or a member of his entourage. The remains - which were excavated by AOC Archaeology Group in 2005 - are those of a young adult male who was buried with a number of items indicating his high rank. The belt is similar to others from Viking Age Ireland (Picture by Donald MacLeod - 29.05.14 – 07702 319 738 – [email protected] – www.donald-macleod.com)

"It has long been suspected that many of these invaders came from Norway," said Dr Lara Cassidy, Assistant Professor at Trinity College Dublin and co-author of the report.

"It is fantastic to be able to confirm this now with genetic data. In general, Irish Viking genomes harbour high levels of Norwegian-like ancestry. This is a real contrast to what we see in England during the same period, where there is stronger Danish influence.”

First author of the paper and Assistant Professor at the University of Copenhagen, Dr Ashot Margaryan, explained that "Scandinavia was clearly a dynamic place during the Viking Age".

"We see regional genetic differences between Norway, Sweden and Denmark, as well as influence from Southern Europe and Asia. There was never a single unified 'Viking World' and now we see that there is no single Viking genetic identity either."

The study also revealed that some local people Irish accepted the invaders and even took on their identities: remains found in a Viking burial ground in Dublin showed little to no Scandinavian ancestry, and instead contained DNA most commonly found in the northwest of Ireland.

To read the Nature report in full, you can visit the journal's page here.