'That lunatic on the telly': Kim Guilfoyle's Irish family reacts to her pro-Trump speech

KIMBERLY GUILFOYLE'S Irish family have reacted in a spectacularly Irish way following her speech at the Republican National Convention.

Ms Guilfoyle, whose mother is from Puerto Rico and whose father is from Ennis in County Clare, appeared at the RNC to deliver a speech encouraging Americans to vote for Donald Trump in the upcoming US Presidential Election.

The Irish-American woman went viral around the world for her ultra-passionate and, in parts, extremely loud, speech which declared that 'the best is yet to come' should current US President Trump win another term in office.

While her speech was generally well-received by Republican voters, her Irish family were left non-plussed.

Ms Guilfoyle, who is the girlfriend of Donald Trump's son Don Jr, spent many childhood summers in the County Clare town of Ennis, and her uncle James was approached by The Irish Independent for his opinion on the viral speech.

While James declined to comment, a cousin of Ms Guilfoyle's-- who asked not to be named-- told the outlet it was "all a bit ridiculous".

Apparently breaking down in a fit of laughter, the anonymous relative said "You want to know about Kimberly? What a girl!"

"The brother was just on (the phone to me) about her.

"He said she was roaring and shouting about Trump. He was saying ' Did you hear that lunatic on the telly?'

"It's all a bit ridiculous, the whole thing." 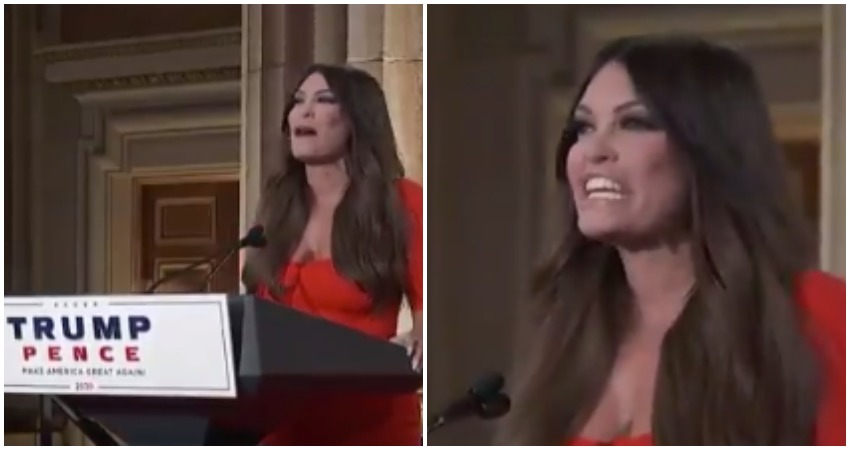 As Ms Guilfoyle's speech went viral, so too did her cousin's superbly Irish, no-nonsense quote.

One woman, Lucy O'Shea, perfectly summed up the reaction by writing on Twitter:

"This quote from Kimberly Guilfoyle's cousin in Clare after her bizarre speech is proof that no matter how important your job is or who your [boyfriend] is, your Irish relatives will knock the notions out of you."

The Republican National Convention entered its second day last night, with highlights including a speech from First Lady Melania Trump.

The US Presidential Election is set to take place on Tuesday, 3 November.