The Jockey's Journal: Decreasing prize money makes you wonder if the life of a jockey is worthwhile

A few years ago, he reckons, you would have been grand with over 50 winners, but that target has since been doubled as the prize money for jockeys has been reduced.

I think what Silvestre was getting at was that if you want to be a champion jockey in England, you have to work extra hard.

I would class him in the same league as Dickie Johnson in terms of talent. He’s level headed, a very good family man and very hard working.

To be a champion jockey, you have to have a driver, a PR person and an agent – and with all those outgoings you’d probably be left with a salary of £40,000 or £50,000, a far cry from champions in many other sports.

But, as I say, for the rest of the field who can’t afford those luxuries, the biggest problem on the circuit for us is the recent drop in prize money.

Keeping in mind the amount of travelling we do – the price of fuel has gone up, the value of your average car has gone up – so our outgoings have increased but our incomings have decreased.

It may come as a surprise, but most of us jockeys only get around 7.2 per cent of the prize money for a win and 4.5 per cent for a place. I’m not being funny, but sometimes we’re out there risking our lives, all for the sake of £150, that’s the reality of it.

For the time and effort we put in, it’s total madness when you sit down and do the maths.

Prize money in Ireland is 10 per cent for jockeys all the way through from first to fourth place and France is more or less the same at 8 per cent from first to fifth, but then you can invoice the horse owner for the extra 2 per cent.

Top jockeys can demand more if they're in a position to do so, but I think England really needs to look at the situation. The thing is, most tracks are independently owned, so it can be difficult to get consistency. 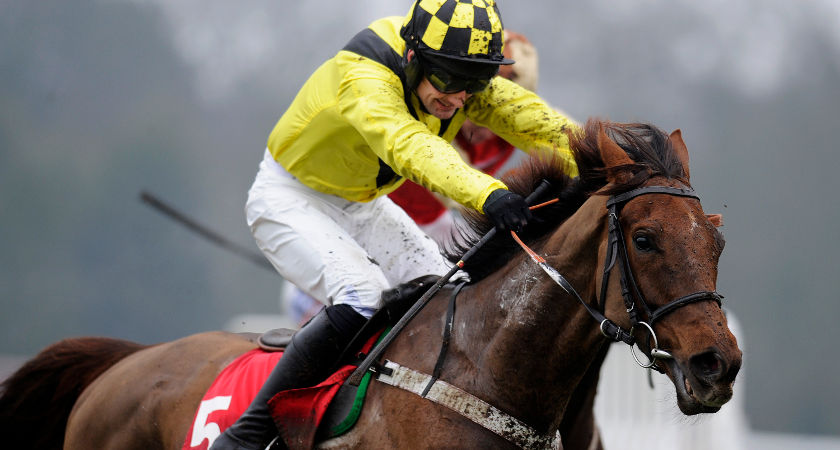 Dougie Costello on board Calculated Risk [Picture: Getty]
Admittedly, they have improved things a little, whereby if your horse turns out to be a non-runner, you get half your fee for your troubles.

I remember one time I drove to Wolverhampton on a Friday afternoon. I was 20 minutes from the track and I got a call to say my horse was a non-runner. I had no choice but to turn around and head back up north, got stuck in traffic and didn’t get back until about 9pm.

There are signs that the powers that be are working on it though. Chester Racecourse announced last week that they’re going to start giving every runner £400. So, automatically, an owner or a trainer will get that money and we’ll get our small cut, but it can at least go towards transport and fees I suppose.

Musselburgh are about to introduce something similar, while Cheltenham have increased the prize money slightly.

Every little helps and those policies would definitely encourage me to race more at those tracks.

If things don’t improve across the board though, then we may have to start liaising with the PJA, the The Professional Jockeys Association. They do a very good job and always battle our cases against unfair bans and tricky situations.

For example, when I got injured on my honeymoon without travel insurance, they properly sorted me out. So we’re lucky to have such a well-run organisation to have our backs if things don’t pick up.

On a more positive note, I hope my readers managed to see Ruby Walsh’s amazing win in the big novice chase at Leopardstown and congratulations to him for claiming his 2,500th winner, an amazing achievement.