The Jockey's Journal: 'Kieren Fallon was a genius in the saddle'

WHEN I first heard of Kieren Fallon’s retirement, I presumed it was because of his age.

Mind you, I was well aware of his ability to compete at the highest level, but it still came as a shock to learn that his primary reason for retiring was to begin treatment for depression.

Kieren was never without his faults, but for jockeys my age he’s always been someone we look up to because he was a genius to watch in the saddle.

It was very brave of him to come out and reveal his real reason for retiring, because he could have used the age factor, being 51, and no one would have questioned it.

Good on him for bringing it to light, because it highlights a very real problem in sport.

I remember Limerick jockey Mark Enright speaking openly about suffering from depression last year when he returned from a break last January.

He’s only a young kind, but he got through it and he’s been performing really well over the past couple of seasons.

I’m not sure why it’s so common in sportsmen and women, perhaps it’s because they’re so dedicated to one thing from a very young age and the realisation that it won’t last forever kicks in.

Saying that, Kieren was still riding at his best, but I suppose we all want to bow out at the top of our game, and he was certainly doing that physically, even if he wasn’t top of his game mentally.

What’s different about racing is that we don’t have the resources to deal one-on-one with individual problems, the way a Premier League football club may provide a doctor, for example.

In our sport you don’t really have anyone there for you bar your family or whoever you’re close enough to. Hopefully it is something the authorities may look into more, so something good may come out of Kieren’s decision to go public with his demons.

Kieren consulted his own doctor, who revealed some startling facts. He said only alcohol is a bigger problem in Ireland than anxiety and depression.

It looks as though he is set for three or four weeks of initial treatment now, and I wish him all the best with his recovery.

Meanwhile, I was sad to read in the Racing Post last week about the death of Charles ‘Phonsie’ O’Brien at the age of 86.

Phonsie was the youngest son of Dan O’Brien and the last living brother of legendary trainer Vincent O’Brien, who passed away in 2009.

The O’Brien name is steeped in history when it comes to racing in particular. It’s sad for the family but they can be proud of yet another O’Brien to have made a mark in the game as a jockey and a trainer. 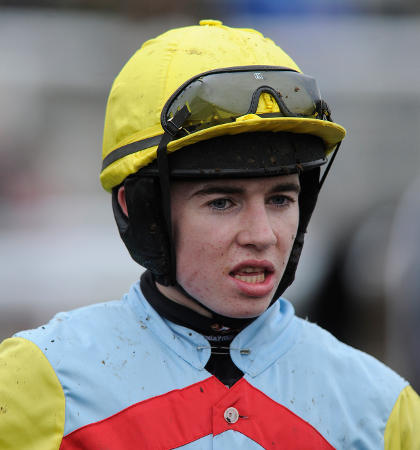 Elsewhere, I could scarcely believe the reports coming out of Italy during the week as Co. Down jockey Chris Meehan needed 27 stitches to his head as well as suffering a broken leg following a fall.

I know Chris personally and he’s a good young lad who works hard. The shenanigans that went on reads a little like a comedy sketch, with an ambulance reversing over his leg as he lay injured on the track.

It’s good that Chris has been able to see the funny side of the unusual incident, but I also read in the paper that he was choking on his own blood at one point and had to be put into the recovery position.

That’s not funny, and it isn’t a position a jockey should find himself in, plus it’s a very serious injury at the end of the day; his leg is broken and that could hinder him for the rest of his career.

He’s out of action for at least two months but I would like to think he’ll get some compensation for it.