Neil Lennon, manager of Celtic celebrates winning the Scottish Cup at the final whistle during the Scottish Cup Final between Heart of Midlothian FC and Celtic FC at Hampden Park on May 25, 2019 in Glasgow, Scotland. (Photo by Mark Runnacles/Getty Images)

TREBLE top captain Scott Brown revealed Neil Lennon was always the number one candidate for the top job as far as the Celtic dressing room is concerned.

Brown went on record as saying that Lennon should be given the job on a permanent basis after the Hoops wrapped up the league against Aberdeen in May.

Recent speculation had linked David Moyes and Paul Lambert with the vacancy following the departure of Brendan Rodgers in February.

But when new broke that Lennon had been offered the gig shortly after Celtic’s 2-1 Scottish Cup victory against Hearts at the weekend, Brown couldn’t contain his joy. 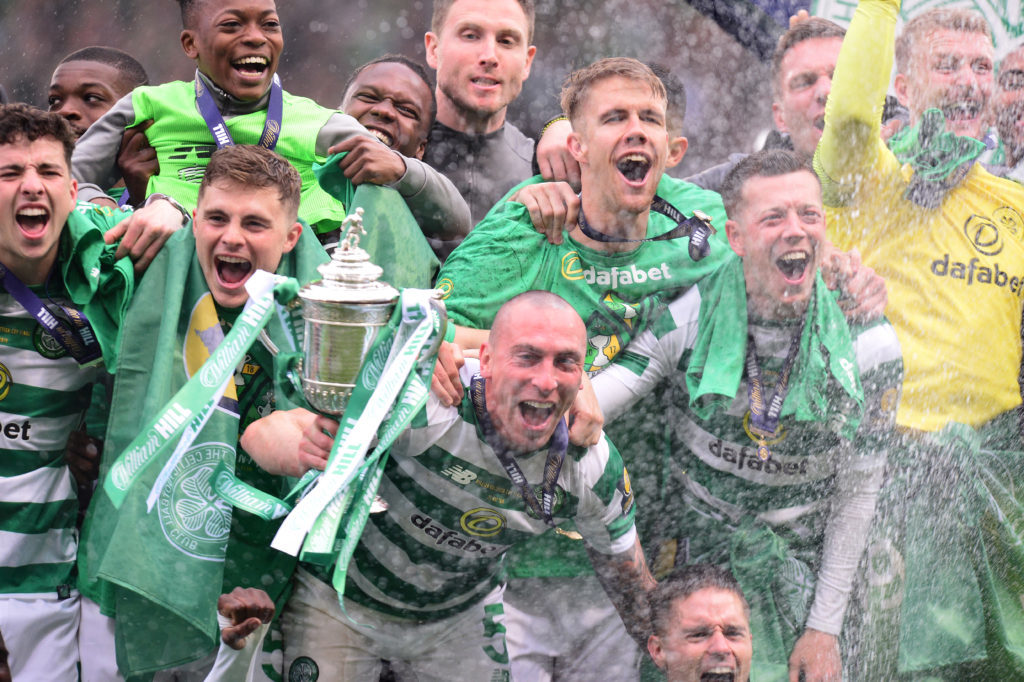 Celtic players celebrate with the Scottish Cup at the final whistle during the Scottish Cup Final between Heart of Midlothian FC and Celtic FC at Hampden Park on May 25, 2019 in Glasgow, Scotland. (Photo by Mark Runnacles/Getty Images)

It's phenomenal. It can't get much better,” he said.

"We all found out on Twitter and all the lads were diving about in the changing room. We went out, got the gaffer and brought him back in. The cheer for the manager to get the job - it was phenomenal. He deserves it. It has been a hard one since he came in but he's the only man in my eyes for the job.

"He has had to win two trophies and yet again he has shown that he knows how to win trophies. He's a fantastic man manager and he's been fantastic since he came in. He speaks well and every single one in that changing room loves him."

For Lennon, there was never much chance of him turning down the role once Celtic firmed up their interest. He believes he is a better manager now than when he departed back in 2014. 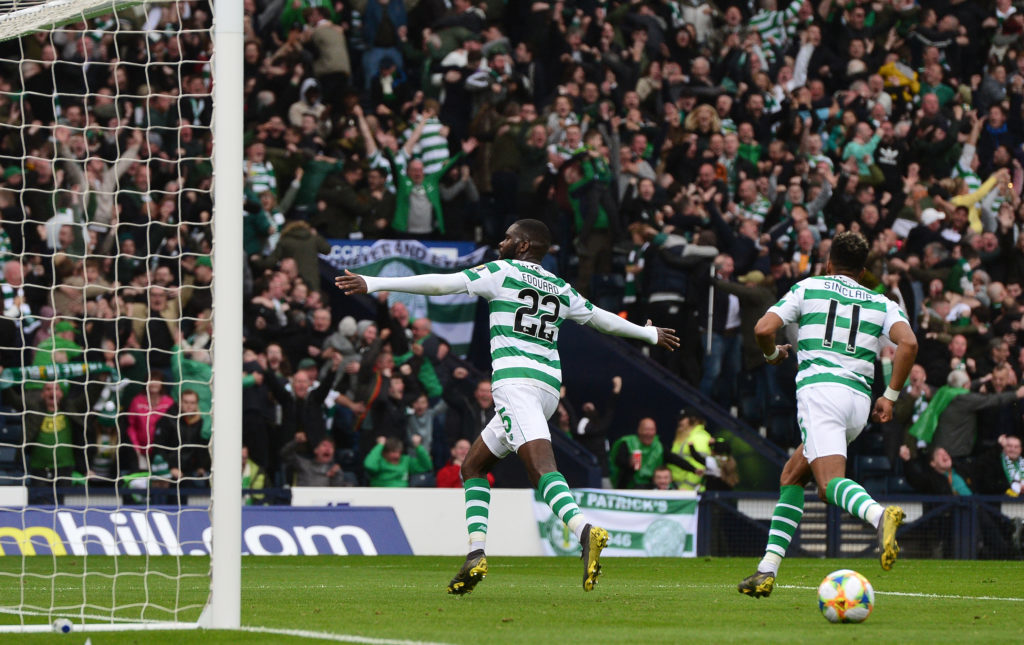 Odsonne Edouard of Celtic celebrates Scoring his second goal of the game during the Scottish Cup Final between Heart of Midlothian FC and Celtic FC at Hampden Park on May 25, 2019 in Glasgow, Scotland. (Photo by Mark Runnacles/Getty Images)

“I've evolved. I'm older, I had four years away, it was always an ambition to come back and manage Celtic again so I'm pleased this day has come,” he said.

"I know people may find this hard to believe but I'm a very good professional. I'm dedicated to my job. I had some lows at Bolton and then two great years at Hibs and I believed in my own ability. Thankfully, so did the Celtic board."

"I never expected to be offered the job. It came with massive pressure but I kept it boxed in. My remit from day one was to win the league and then if we win the cup we get two trophies and that's great.

"We tried our best to maintain the standards Brendan had set over the last couple of years."