A Rhesus macaque, part of the 11 rescued monkeys from research laboratories, looks on from the quarantine room of the future animal shelter 'La Taniere', in Nogent-le-Phaye near Chartres, on March 13, 2019. - The refuge, which will open to the public in 2020, cares for retired or mistreated animals from circus, people or illegal farms. (Photo by JEAN-FRANCOIS MONIER / AFP) (Photo credit should read JEAN-FRANCOIS MONIER/AFP via Getty Images)

MONKEYS have been infected with coronavirus as medical professionals desperately search for a vaccine for the contagion.

According to the Daily Star, over two thousand rhesus macaques have been purposely infected in order to test out an antiviral vaccine which could lead to a cure for the virus spreading panic across the world.

Reportedly, a total of 2,400 macaques have been infected with a cousin of the coronavirus strain behind the outbreak that has infected almost 80,000 people across the world and killed 2,600. 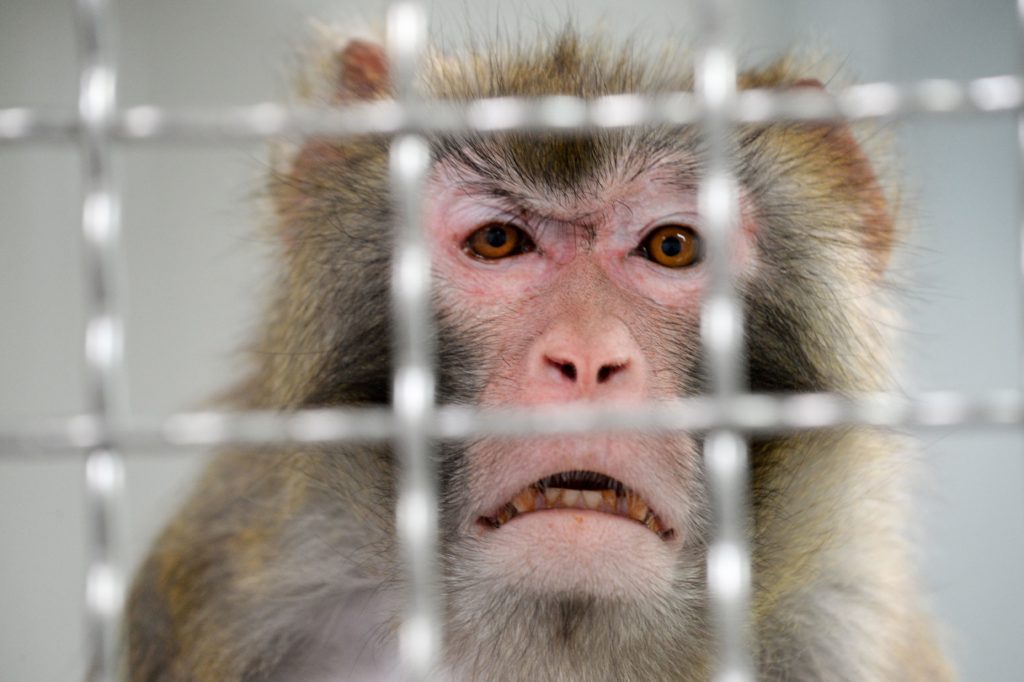 Researchers at the US National Institutes of Health have produced a report detailing the testing of the experimental remdesivir on 18 rhesus macaques.

Results revealed all of the monkeys not given the drug showed signs of MERS, the disease caused by coronavirus.

Experts found the six control monkeys had a decreased appetite and ruffled fur, as well as increased respiration – known signs of infection.

But the six monkeys given remdesivir 24 hours before they were infected with MERS-CoV had no respiratory disease symptoms.

While the other macaques given the antiviral 12 hours after being infected showed signs of disease but much less than the control group.

As well as their disease being less severe, tests showed their lungs had lower levels of the virus, DrugTargetReview reports.