A POTENTIAL Covid-19 vaccine currently being tested has worked on monkeys.

The vaccine made by Moderna, which is currently undergoing trials on animals, reportedly stopped the virus duplicating in the noses and lungs of the monkey subjects, and crucially stopped it from being transmitted onto others.

A study in the New England Journal of Medicine released on Tuesday noted that the drug also caused an immune response in the animals which was very promising.

This is contrast to the University of Oxford's vaccine, also tested on monkeys, which failed to stop the virus from replicating the animals' nose.

In Moderna's test, scientists administered placebos or the vaccine among three lots of eight rhesus macaques to test its viability. 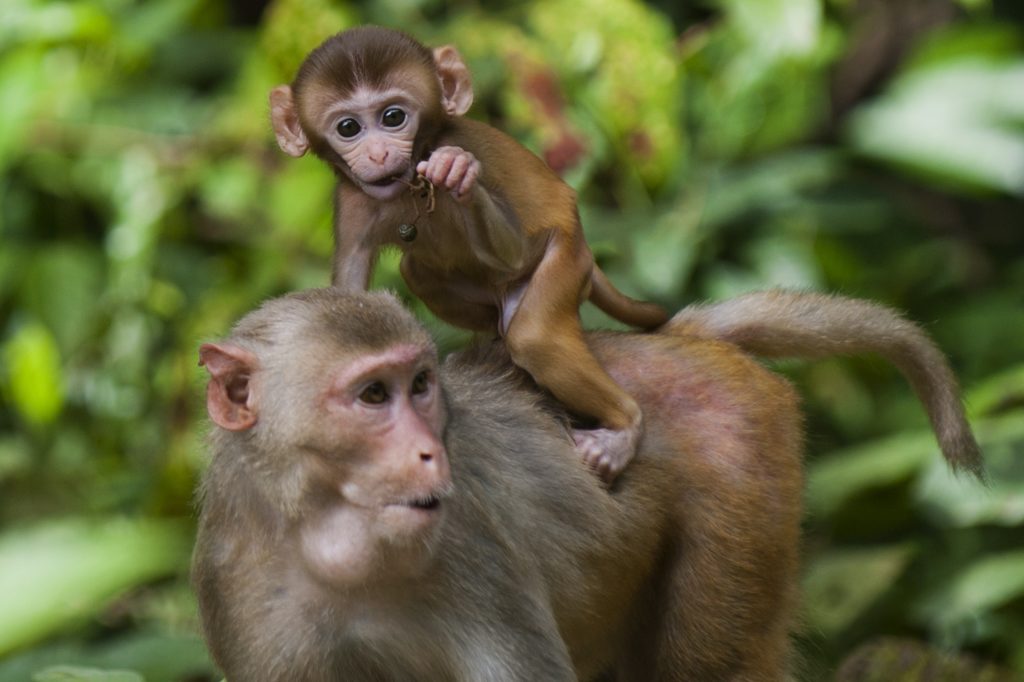 A rhesus monkey carries her baby on her back

Each monkey that was given the vaccine produced far more antibodies than even humans who had recovered from Covid-19.

National Institutes for Health, which also developed the vaccine said of the results: "This is the first time an experimental Covid-19 vaccine tested in non-human primates has been shown to produce such rapid viral control in the upper airway.

"Local adverse events, when present, were nearly all mild or moderate, and pain at the injection site was common.

"Across both vaccinations, solicited systemic and local adverse events that occurred in more than half the participants included fatigue, chills, headache, myalgia, and pain at the injection site.

"Evaluation of safety clinical laboratory values of grade 2 or higher and unsolicited adverse events revealed no patterns of concern."