THIS is the heartwarming moment an adorable little lad broke down when his Irish soldier dad returned home for the first time in six months.

Captain Ian Gavagan arrived home in Dublin after half a year spent in the Golan Heights, on the Israel-Syria border.

But while Ian’s daughter and wife Maria ran over to give him a big hug, it was all too much for little Sean who was so overcome by emotion that he couldn’t move.

The adorable lad broke down in tears when he spotted his father just a few meters away.

He was so emotional that he stood still with his head down and waited for proud dad Ian to embrace him. 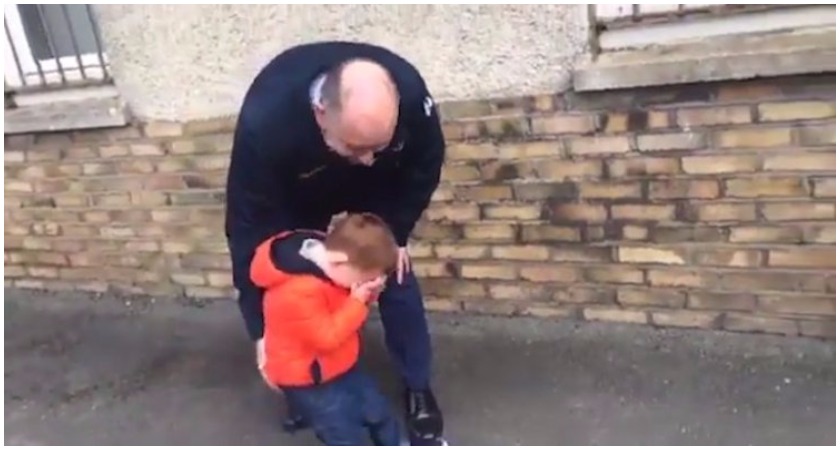 Today FM reporter Stephanie Grogan shared a touching clip of the moment on social media, which has since gone viral.

She wrote: "The excitement of Daddy coming home after six months in the Golan Heights proved too much for this little boy who broke down crying."

Ian was among 130 Irish peacekeepers stationed in the disputed territory between Israel and Syria from April this year.

We wish the family all the best now he’s finally home!

Check out the adorable video below...

The excitement of Daddy coming home after 6 months in the Golan Heights proved too much for this little boy who broke down crying pic.twitter.com/oKCiw0wxMW